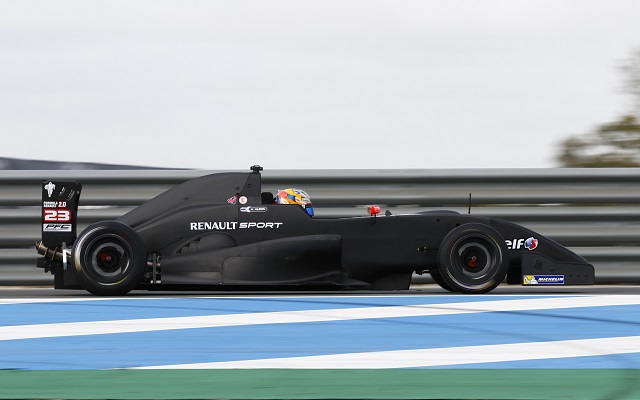 The 18-year-old driver set the pace at the beginning of the hectic session, which has been red-flagged on four occasions, and kept the lead till the checkered flag.

Albon was more than 0.4s faster than his 2013 teammate Ignazio D’Agosto , who also wound up bringing out a red flag in the latter stages of the session.

The top three was completed by Manor MP’s Steijn Schothorst, who,?similarly to Albon and D’Agosto, is set to spend his third season in the championship.

Caterham-backed Matt Parry finished fourth, followed by Andrea Pizzitola and Egor Orudzhev, all of them being more than a second down on Albon’s benchmark.