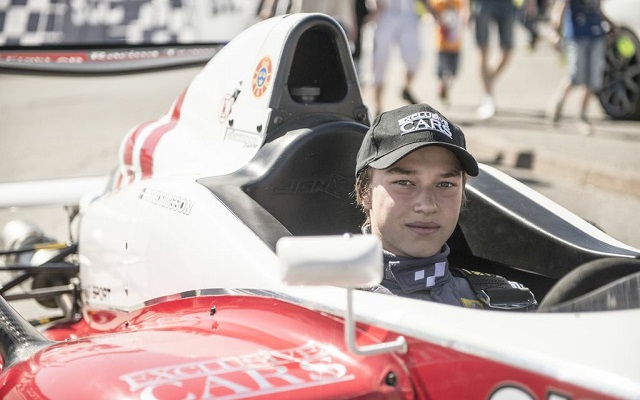 Pontus Fredricsson has been confirmed for a sophomore season with Trackstar Racing in Formula Renault 1.6 Nordic.

The 16-year-old Fredricsson entered single-seater racing in 2013 as a full-time Formula Renault 1.6 Nordic driver, with also participating in select rounds Formula Renault 1.6 NEC. The Swedish racer ended up taking eighth in both championships, collecting a maiden podium in the Nordic series at Falkenberg.

Just like last year, Fredricsson also plans to take part in several NEC series rounds throughout the season.?His 2014 season is set to begin on April 20-21 at the season opener of NEC 1.6 at Zandvoort, while his main campaign will start on May 3-4 at Karlskoga.

The Swede is the second officially unveiled FR1.6 Nordic driver, with Lukas Sundahl, third in 2013, also confirming his return.