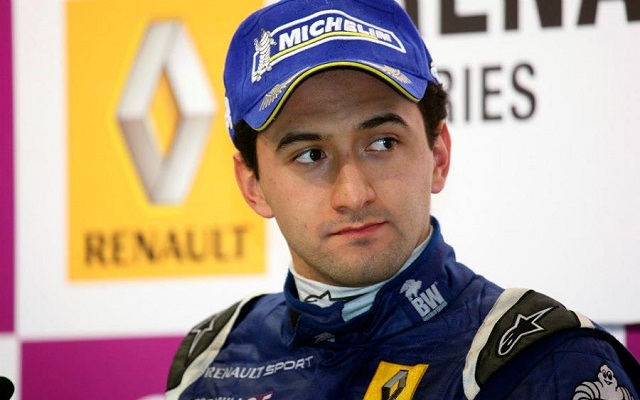 Formula Renault 3.5 race winner Carlos Huertas will make the switch to the American single-seater scene, having been confirmed as one of Dale Coyne Racing’s entries for the 2014 IndyCar season opener at St. Petersburg.

Huertas, 22, has had a lengthy tenure in European junior single-seaters, having raced in various Formula BMW and F3 categories prior to his switch to Formula Renault. In 2011, he finished third behind Felipe Nasr and Kevin Magnussen in his third season of British F3.

He switched to FR3.5 the following year with Fortec and was 16th in the standings. In 2013, he joined a different British squad in Carlin and finished 14th after a generally quiet year, punctuated by a surprise dominant win in rainy conditions at Aragon.

While confirmation is still pending, it’s expected that the Colombian will race on a full road-course schedule in the 2014 IndyCar season.