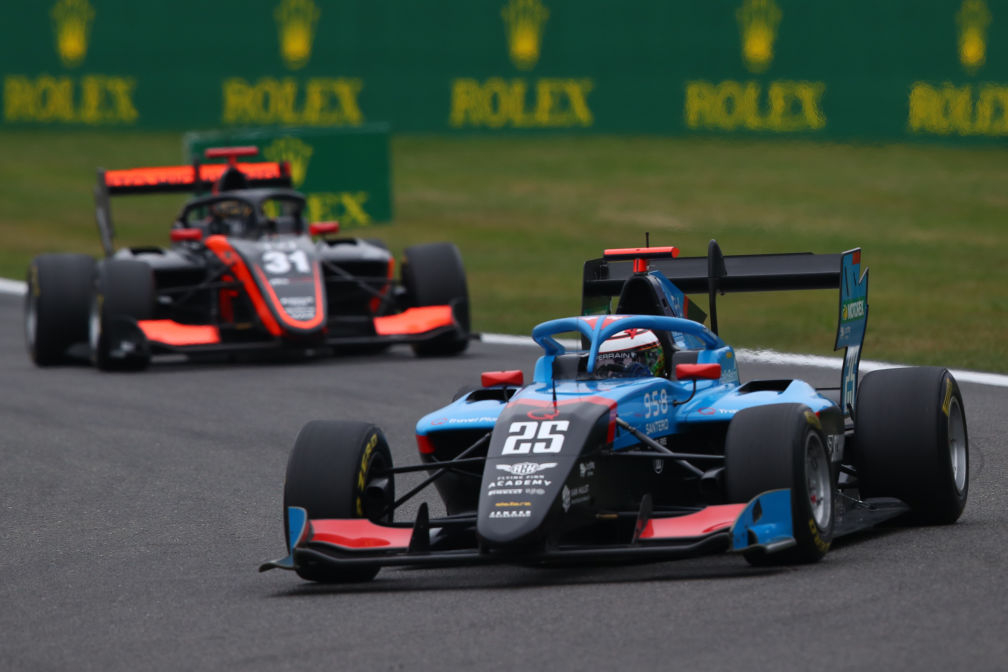 William Alatalo was more than happy after qualifying in the top 10 in FIA Formula 3 for the first time at Monza.

The seventh place the Finn achieved on Friday is also Jenzer Motorsport’s best qualifying result of the year, bettering the 11th place achieved by Ido Cohen at Imola.

Formula Scout caught up with Alatalo in the paddock, where he affirmed that although the lap “wasn’t actually perfect”, he was in a good mood thanks to the result.

“It [the lap] could have been a few tenths better, but I have to be happy with that,” Alatalo said minutes after jumping out of the car.

“Finally in the top 10, that’s a result we deserve, and that’s where we should have been in the previous qualifyings.

“It’s really nice at least in the end of the season to be there in the quali. I’m happy with my lap and will just keep improving in the race. You know, quali is quali and race is race, so we still have to do better in the races, but it was a good start for the weekend.”

The rookies explained that mistakes at the della Roggia chicane and also Parabolica, as well as being a bit too cautious. in his fastest lap costed him a couple of tenths that could have placed him even further up the order.

“I think that’s corner number four. I just braked there way too early on my push lap, I could have braked much later, and also in the last corner, Parabolica, could have pushed more. It felt like that. I knew immediately after the lap that I could have been two or three tenths better maybe, but otherwise it was quite okay. It was still a good lap I would say.

“[It was my] first push lap, so I was a little bit nervous. I knew the time was tight, so I couldn’t really risk it that much. I just made a good effort and did my best, and in the end it was quite good.”

Alatalo expects the qualifying result to allow him to fight for the podium for the first time this season.

“Starting from P6 and P7 in the races, so I’m just going to do my best to fight for the podium basically. That’s the goal, and that’s plain and simple. I think we can do it, so we’ll see in tomorrow’s race.”