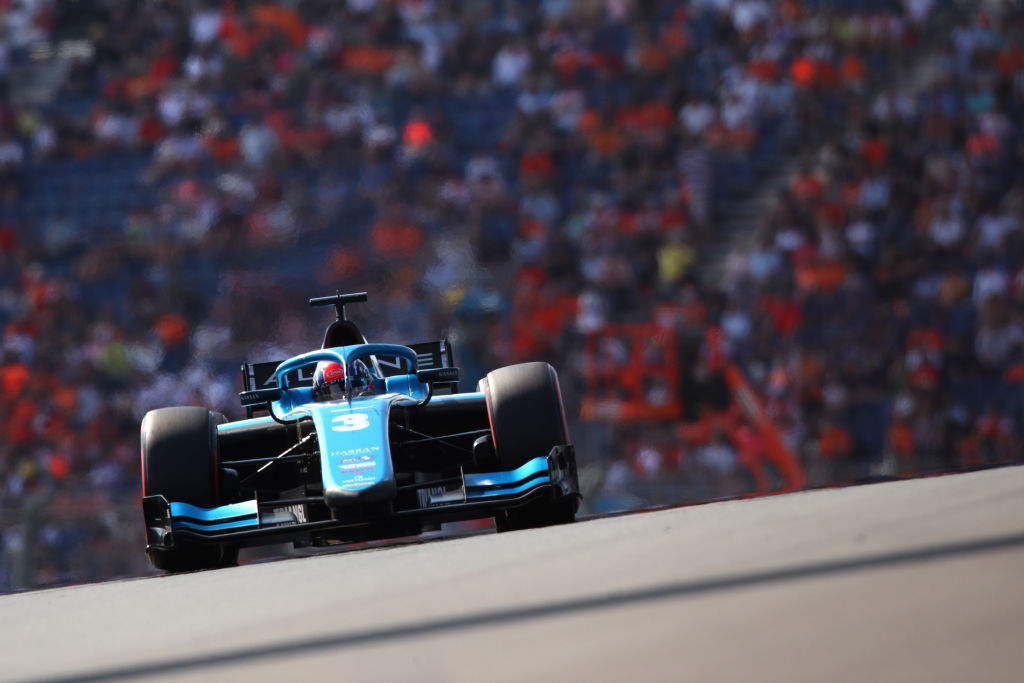 Virtuosi Racing’s Jack Doohan claimed Formula 2 pole position at Monza in a qualifying session where the last run for many drivers was affected by yellow flags.

It is the Alpine junior’s third pole of the season, following the Bahrain season opener and Barcelona.

Carlin’s Liam Lawson was the first driver to set a representative laptime in qualifying and top the times ahead of Charouz Racing System’s Enzo Fittipaldi and MP Motorsport’s points leader Felipe Drugovich.

Lawson himself lowered his time by three tenths in his next push lap, but that wouldn’t be enough to stay on top. ART Grand Prix’s Theo Pourchaire, Drugovich and Lawson’s team-mate Logan Sargeant then went fastest one after the other, but Hitech’s GP Juri Vips would be the man finally taking the top spot.

The Estonian benefitted from the slipstream of DAMS’ series returnee Luca Ghiotto coming into the main straight, and set a time almost half a second faster than Sargeant’s benchmark.

It seemed all settled for the first run when Doohan, who had gone out on track later than most drivers, rose to the top thanks to a blistering third sector.

Cars took the track again on a new set of soft tyres with five minutes to go of qualifying. Doohan’s best lap was beaten by several drivers, but it would eventually be the Alpine junior who would again hold the top spot once everyone had completed their first push laps on their second set of tyres.

DAMS’ Ayumu Iwasa then lost control of his car at Parabolica as he went on the throttle heading into the main straight. Yellow flags were out as the car hit the barrier, meaning no one was able to improve in that section of the track.

These late yellow flags secured pole for Doohan, ahead of Lawson and Hitech’s Marcus Armstrong. ART GP’s Frederik Vesti and Sargeant will share the front row in Saturday’s sprint race as they concluded the session in 10th and ninth place respectively.