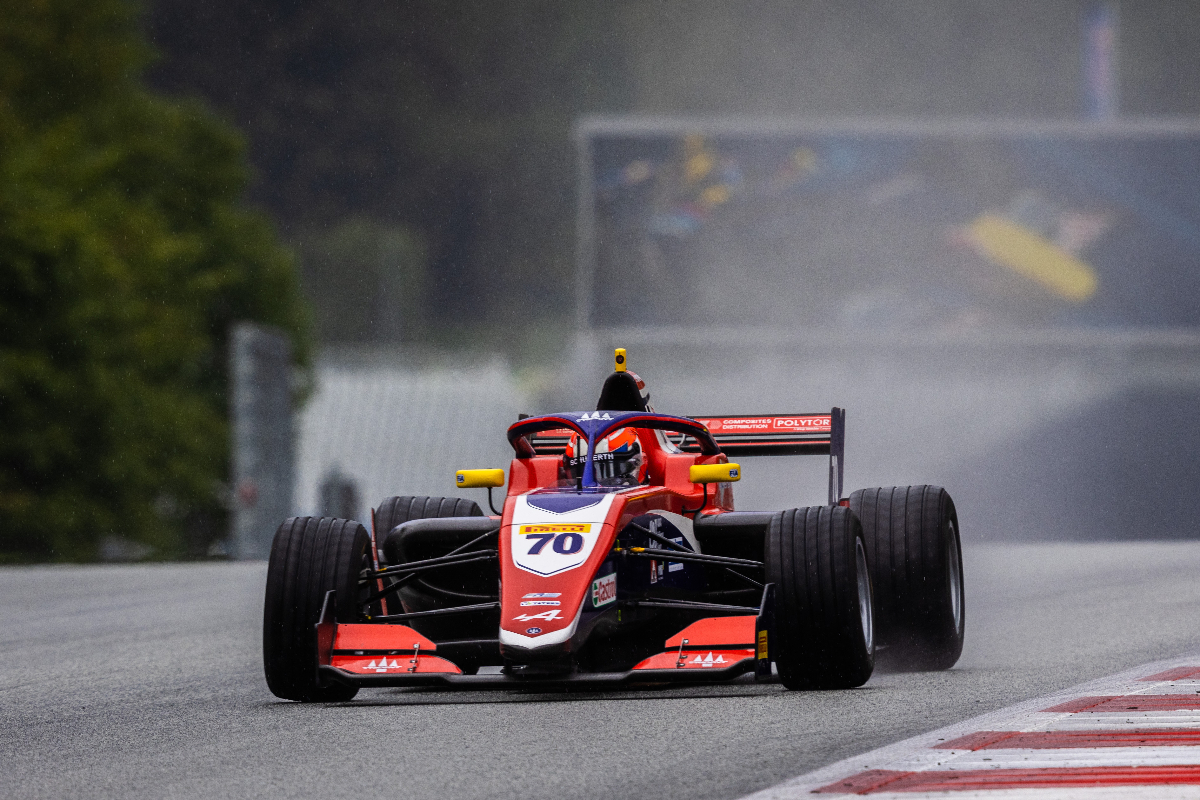 Trident’s Tim Tramnitz was fastest by over half a second in Formula Regional European Championship free practice at the Red Bull Ring.

Tramnitz topped the drier morning session on a day of bad weather in Austria, and came through the low-lying clouds and spray to set a 1m29.470s lap.

With 10 minutes to go of the session there was a red flag stoppaged, with KIC Motorsport’s Sebastian Ogaard left out on track, and no drivers improved their pace after that.

FP2 started off in even worse conditions, and Arden’s Joshua Duerksen initially set the pace. ART Grand Prix’s Gabriele Mini was the driver to beat for most of the time though as the track improved, and his final lap was his and the session’s fastest.

Lorenzo Fluxa was the only driver to beat his FP1 pace, as he had not set a representative laptime in FP1.