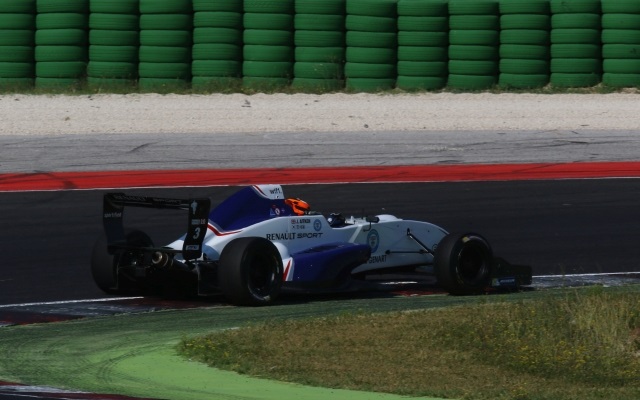 Jack Aitken was victorious in the Formula Renault 2.0 Alps race one at Misano and reclaimed the top spot in the championship standings.

He had lost the lead two weeks ago at Monza, where a serious accident forced him to withdraw from the final race of the weekend and put his participation in the next round in doubt as well.

However, Aitken recovered in time to race at Misano and managed to claim his fourth win of the Alps season.

Starting from second, the Koiranen driver quickly found himself in the lead, having overtaken pole-sitter Jehan Daruvala.

Matevos Isaakyan and Vasily Romanov also passed Daruvala on the opening lap, but Aitken had already gained ground and spent the first half of the race with a lead of a second.

Isaakyan closed in on him for the closing stages but was not able to overtake. As such, Aitken saw the checkered flag first, only three tenths ahead of his Russian rival.

Daruvala completed the podium, having retaken third from Romanov with a forceful move in the final sector.

With three races to go, Aitken is now three points ahead of teammate Hughes, while the top five formed by Isaakyan, Riener and Vivacqua are all within 30 points of the leader.

Romanov, who trails Aitken by 67 points in sixth, is the only other driver in mathematical contention for the title.