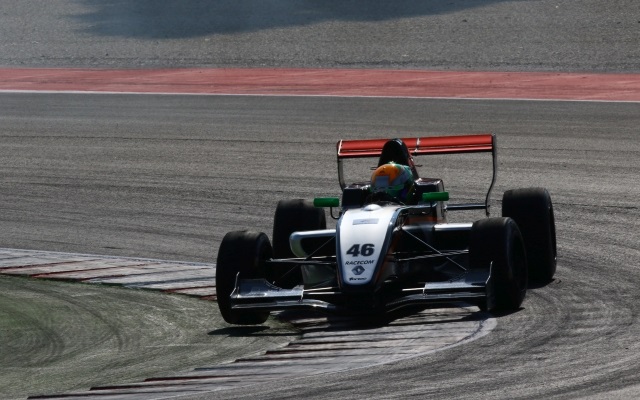 The Indian topped the second qualifying in a row and will get another shot at taking his maiden victory from the lead this weekend.

Six minutes into the session,?Cram’s Vasily Romanov was off in the barriers, bringing out the red flag.

As a result, with nobody having logged a time at that point, the drivers were left with limited time for their flying laps.

Jack Aitken and Matevos Isaakyan headed the session after the first rounds of flyers but Daruvala took over in first place for the final minutes, ending up almost two tenths clear.

Jake Hughes and Isaakyan, separated by only nine thousandths, were second and third respectively.

Thiago Vivacqua was fourth quickest followed by Aitken, who was unable to improve after his first benchmark lap.

The top ten was completed by James Allen and Denis Bulatov.