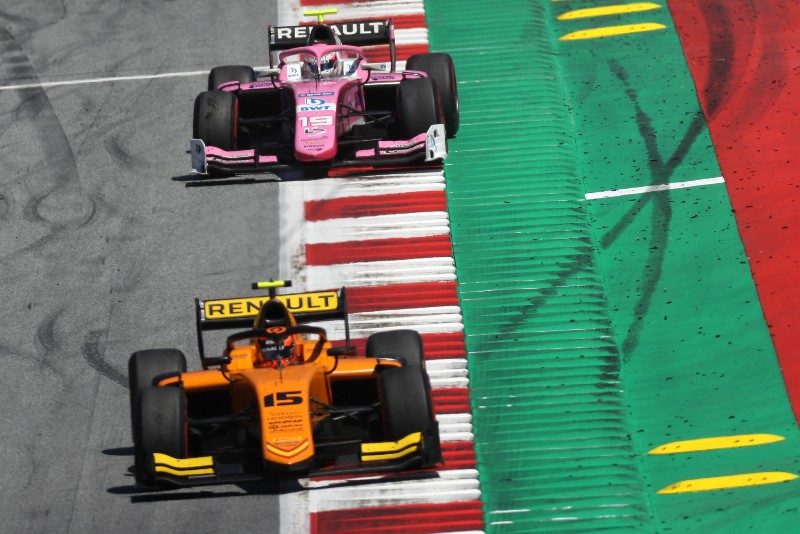 Jack Aitken and Anthoine Hubert have each been penalised following contact between the Renault-supported pair in the Formula 2 sprint race at the Red Bull Ring.

Arden driver Hubert was found to have been at fault for colliding with Aitken at Turn 3 in the first half of the race, where he was deemed to have braked late at the apex and after going across the kerb, gained an advantage after making the contact with Aitken.

Likewise, Campos Racing’s Aitken was found to have been at fault when he hit Hubert after attempting to regain the position on the run to Turn 4. Aitken initially chose to go the right of Hubert, but then decided he wanted to take the outside line on the left of Hubert for Turn 4.

As he pulled across, he misjudged the position of his front wing and struck the rear of Hubert’s car, immediately sending himself down the order and then into the pits for a change of front wing.

Both were given five second penalties for their mistakes, which dropped Hubert and Aitken into 17th and 18th places respectively. Although both finished out of the points anyway, Aitken did drop to seventh in the standings as result of a poor weekend in Austria, where he picked up just one point in the feature race, having suffered a slow start with a clutch issue.