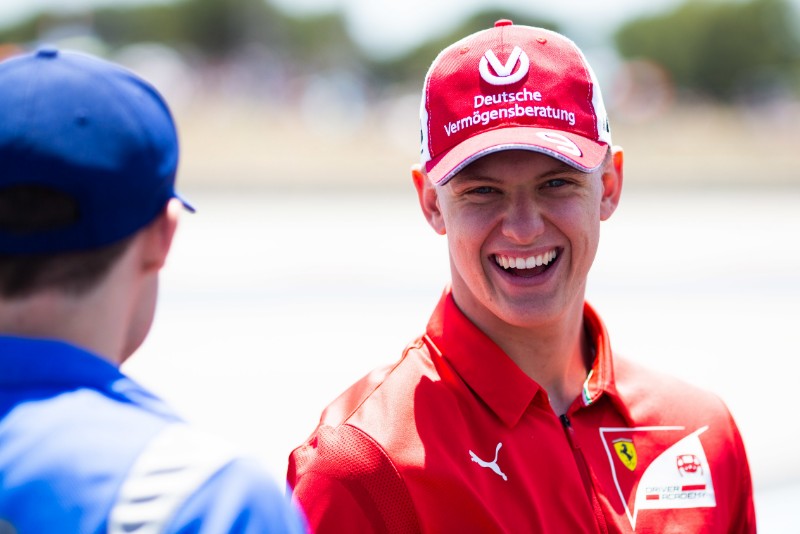 Mick Schumacher has merited his confidence under braking as the source of his rise from 18th on the grid to finish fourth in Formula 2’s Red Bull Ring sprint race.

The German, currently 13th in the standings, finished a lap down in the feature race after a start problem but proved influential in the battle up front due to his pace.

He was able to demonstrate that better in Sunday’s race, where he benefited from a dramatic first lap to jump four cars, then picked off 10 others over the course of the 28-lap race.

?At the start, because of yesterday, I was a bit careful but from then on I had a lot more confidence with the brakes than the other guys and could overtake quite a lot of them under braking,” Schumacher said.

“With my tyres, I checked and had the feeling I could go for it in the hard braking zones which is why I was choosing more or less the same point to overtake.”

Having scuppered his feature race victory chances after concentrating on keeping the lapped Schumacher behind, Nyck de Vries missed out on winning the sprint race after activating his pit limiter.

“At the exit of Turn 4 the pit limiter switched on and it took me some time to realise what had happened,” he explained.

“It almost felt like I’d lost drive. I tried to deactivate it but it didn’t deactivate so I’m uncertain what happened. It might be my own mistake but if you have two hands on the steering wheel it’s quite hard to touch it!

“We dropped back and made a good recovery [to third].”

By making the podium, ART Grand Prix driver de Vries was able to extend his championship lead to 37 points over DAMS’ Nicholas Latifi.