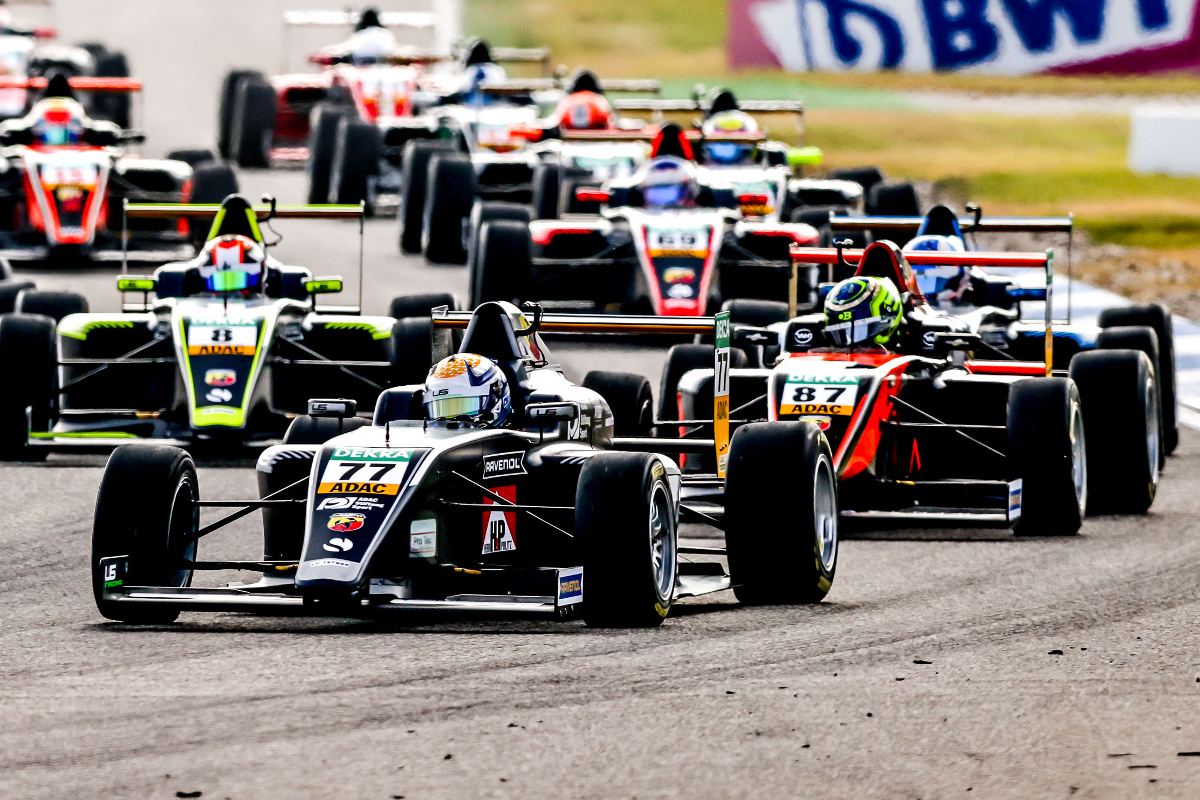 Tramnitz’s US Racing team boss Ralf Schumacher hopes there won’t be snow but admits “anything can happen” at a track his drivers have “tested a lot” at.

Van Amersfoort Racing’s points leader Bearman has had “a really good test” there too, and said after three rounds at “historic [strong] US Racing tracks now the table turns back to us” for the finale.

“We are racing for the title so every point counts,” Tramnitz said to Formula Scout. “The racing will be harder, for sure. Now we have to show our elbows.”

Bearman won five of the season’s first seven races before Tramnitz triumphed in the first of two Hockenheim rounds.

In race one of the second visit the duo traded the lead several times, and Bearman led into the last lap. With a good exit from the hairpin, Tramnitz was right behind through turn seven and went to pass into the tight corner in front of the Mercedes grandstand.

“I was next to him nearly, and under braking he went left, more left, left, left, and didn’t leave me any space on the inside and then we collided. I wasn’t fully alongside but I was on the inside.”

He added: “The move itself that I did was not very good, for sure, but when you touch and he gets a penalty, I did nothing wrong.”

Tramnitz bounced over the kerbs before running wide and dropping to third, and a five-second penalty dropped Bearman to sixth.

“I moved before the braking, which you’re entitled to do so,” Bearman said.

“But the second I hit the brakes, I was braking in a straight line. I braked towards the apex because we both left the braking super late. I didn’t know if I was going to make the corner or not and nor did he. He’s coming into the corner with a huge overspeed; in my opinion, he never would have made the corner, so it was a bit of an audacious move.

“If he had got a penalty in Sachsenring for blatantly crashing into me in the start, I think I would have been less disappointed but the fact that there’s no consistency at all with this penalty.”

At the Sachsenring, Tramnitz was warned for swerving right from pole against the faster-starting Bearman.

“I got the better start and he just cut me off,” Bearman explained. “We made contact and he kept going right so I was forced onto the grass and then almost lost the car because the grass was still a bit slippery.”

Tramnitz felt he left enough space, but conceded he needed to be more careful in future. Ironically, ADAC’s motorsport director Thomas Voss felt Tramnitz lacked agression, particularly on starts, as a rookie in 2020.