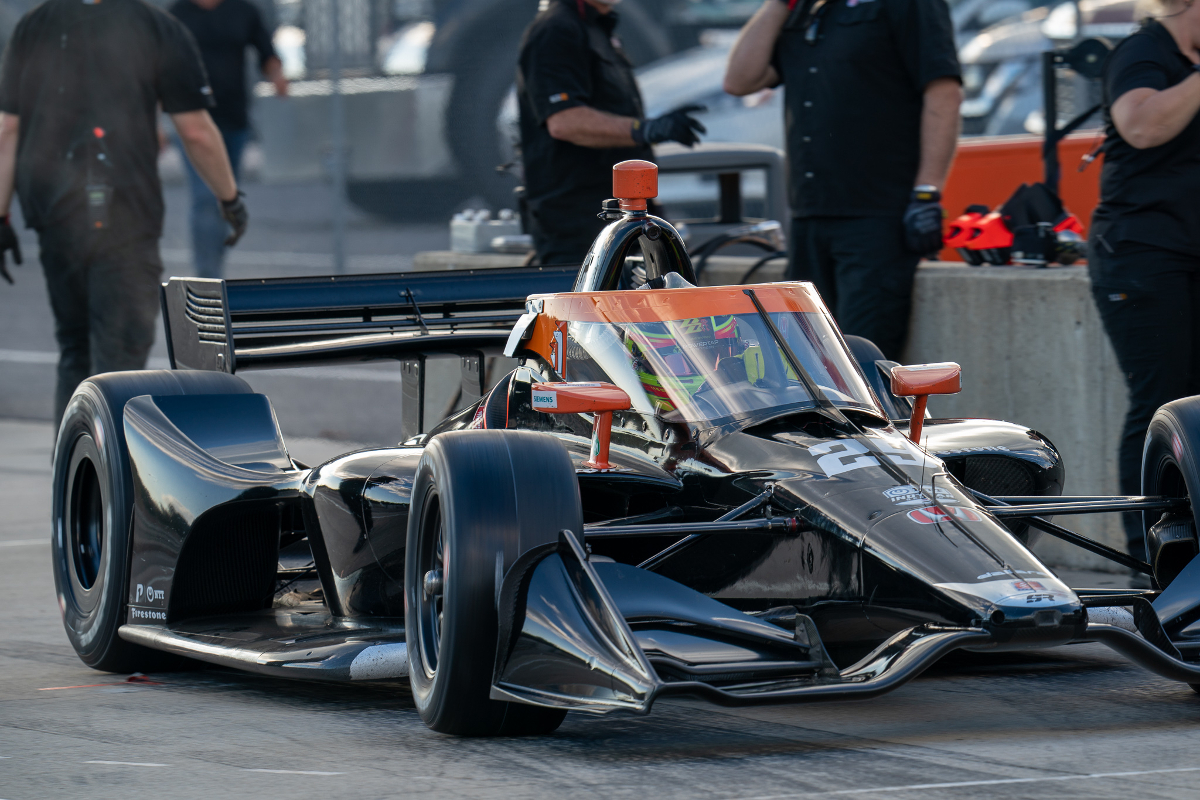 Devlin DeFrancesco has become the first of this year’s Indy Lights crop to earn a graduation to IndyCar, signing with Andretti Steinbrenner Autosport for 2022.

It will actually be the Canadian’s third season driving for the team, as it ran him to two victories in Indy Pro 2000 last year and then to sixth in the Indy Lights standings this term.

The 2017 Spanish Formula 3 champion has recently had his first running in an Indy car, including the collective test at Indianapolis Motor Speedway where many of his Indy Lights rivals were also in action.

“I am incredibly grateful to Michael [Andretti] and George [Steinbrenner IV] for the belief they have shown in me over the past two seasons moving up the Road to Indy ladder,” said DeFrancesco.

“To now take that final step into IndyCar with two of the world’s biggest names in sports – Andretti and Steinbrenner – is an incredible opportunity that I can’t wait to take full advantage of. I have three very experienced team-mates to learn from and that is what makes this opportunity even more exciting.

“To get to race in the IndyCar series with Andretti Steinbrenner Autosport and to contest the Indianapolis 500 is a dream come true and I’m so looking forward to getting started.”

Steinbrenner has been in active in IndyCar since 2019, when it co-owned the Harding Racing entry Colton Herta took to two wins. Andretti Autosport then joined the fold in 2020 to bring additional support to Herta’s car and he won another race.

This year Herta moved into Andretti’s main line-up while Harding departed, and it was James Hinchcliffe who drove the Honda-powered Andretti Steinbrenner #29 car that DeFrancesco will now take over.

“We’re thrilled to keep Devlin in the Andretti Autosport family as he makes his final jump up the Road to Indy ladder into IndyCar,” said Andretti’s chairman Michael Andretti.

“Devlin has been a great addition to our Indy Lights program and has showed a lot of growth and strength at the recent test days. I think he’ll continue to grow with IndyCar and I’m really glad that we could again partner with George and the Steinbrenner Racing team for the No. 29.”

George Steinbrenner IV added: “Two years ago, we started a journey with Devlin with the intent to one day take him all the way to the IndyCar series and I’m thrilled that day has come.”

Talks of Indy Lights champion Kyle Kirkwood moving into Andretti’s Formula E line-up have died down recently as he pursues a full-time IndyCar drive, while title runner-up David Malukas is anticipated to move up with Dale Coyne Racing.

Global Racing Group with HMD Motorsports pair Linus Lundqvist and Benjamin Pedersen are closing in on formalising their plans to spend 2022 in Indy Lights, although Lundqvist did do an IndyCar test as a reward for coming third in the Lights points.