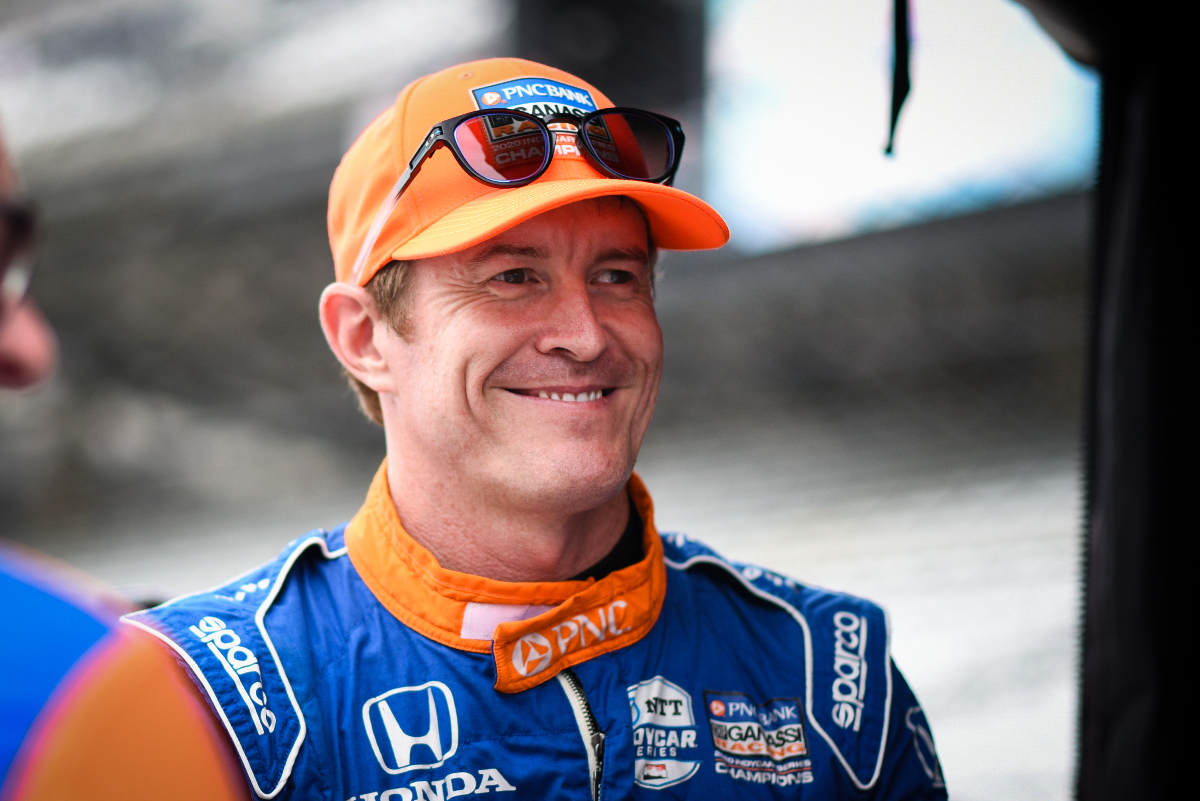 Last weekend’s 50th Formula Ford Festival was one of the most memorable editions in some time, with epic racing and several celebrities of the racing world and beyond in attendance.

B-M Racing’s Jamie Sharp triumphed in one of the most thrilling finals in years, beating a host of previous winners including Jan Magnussen and Dennis Lind.

After being persuaded to enter by his nephew Lind, Magnussen’s appearance sparked huge interest, as did that of fellow former winner and ex-Formula 1 driver Roberto Moreno.

Dixon’s appearance was perhaps the most interesting, having previously never attended the event, his only Formula Ford racing experience being in his native New Zealand between 1995 and 1996.

During the weekend, Formula Scout caught up with the IndyCar legend, who was supporting Team USA Scholarship drivers Max Esterson and Andre Castro at Low Dempsey Racing (and their team-mates Lind and Magnussen). The two youngstered went on to finish second and third respectively in the final.

He spoke to Formula Scout about what attracted him to @Brands_Hatch and the classic single-seater event for the first time 🔊 pic.twitter.com/PtPdwrpejR

“I read a lot about this and tried it in my earlier years to come to the Formula Ford Festival but was never able to,” Dixon told Formula Scout

“So, here in England at the moment and I have some friends that are involved and obviously the USA Scholarship and that part of it is something that I’ve been a part of – the American life that I’ve been part of for a while.

“So it was good to be able to come here and check it out. Looking forward to cheering on some fellow racers.”

Dixon was greeted with some traditional wet Festival weather for his first visit to Brands Hatch, and he was impressed with how competitive the racing was.

“It’s definitely fun to see the track, and the weather is co-operating. It was very, very wet and rainy earlier in the day [for the semi-finals], but it looks like it’s gonna be great, great conditions for the final.

“Some of the racing I’ve seen so far, it’s just how fierce the competition is, right? It’s like anything right now in motorsport with a lot of these great categories, just how close it is. “

The Festival was once a very popular stepping stone for drivers trying to make it to the top of single-seater racing, and even today the event has retained its prestige.

“You’ve got people coming from very different forms of racing from around the world because this race is so prestigious and one that I wish I had on my resume but don’t.

“It’s been great to catch up with Jan Magnussen. Roberto [Moreno] is here as well, you’ve got previous winners from many years ago to all the young talent that’s coming through the feeder series at the moment. So it’s a great balance.

So did Dixon’s visit tempt him to enter the Festival in the future?

“I’d have to ask Chip [Ganassi] if I was allowed to! I think it would be a lot of fun. I spoke to Jan about the difficulties of it. You kind of forget, through the progression of your categories, what you’ve left when you move forward.

“Talking to Jan, just about how low-grip the car is and how you don’t really get to feel too much. It’s a lot different to what we’ve been used to for the last, for me at least, 20-plus years.

“So I think it would be fun to come back here and possibly try, maybe in three, four, five years, we’ll see if that’s possible.”

Magnussen and Lind have already hinted at competing in the event again, having enjoyed the experience.

“Jan and I have been all smiles since we’ve arrived, and when we looked at the cars we were getting in we were just laughing,” Lind told Formula Scout. “It’s like coming back to the very start of your career, so it was a lot of fun.”

“I’m going to try and see if I can make it back to the Festival every year if it keeps going.”

Another interested viewer from afar was none other than 2009 F1 world champion Jenson Button, who started his car racing career in Formula Ford in 1998 and won that year’s Festival as well as the British FFord championship.

After tuning in to watch the final, Button generated excitement on social media by teasing at a possible entry into next year’s event.

“Watched the FFord festival yesterday and it brought back so many memories from my win in ‘98, the closest win I’ve ever had in motor racing as I pipped the late Dan Wheldon by half a wheel,” Button wrote on Instagram.

“There’s always so much action in the 20-lap sprint, basically it’s win or bust! Congratulations to this years winner Jamie Sharp and a special shout out to Jan who finished 11th 29 years after his Festival win! Who wants to come race it with me next year?!”

Should Button enter, the 51st running could even top this year’s event, and could persuade more big names to join him. Either way, there is a buzz about FF1600 racing at the moment, which is great news for the category.