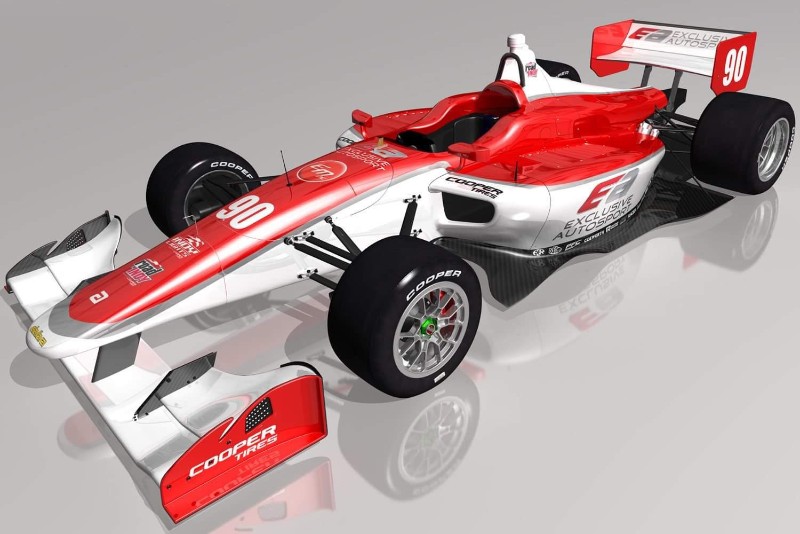 Exclusive Autosport has announced its intentions to join Indy Lights in 2022, having originally planned to expand into the series last year.

The Canadian team, which is active in 1600cc single-seaters in Canada and the USA, has been a growing entity in North American motorsport over the last five years, making its debut in USF2000 in 2017 and Indy Pro 2000 a year later.

It acquired one Dallara IL-15 chassis in 2019 to use in Indy Lights, and was to run Nikita Lastochkin last year before the season was cancelled after a single free practice session. Exclusive has now bought another car so it can join the series.

“We are really excited to get back into the Indy Lights series,” said Exclusive’s team principal Michael Duncalfe.

“Even though we purchased two used IL-15 cars previously, due to COVID-19, we were only able to use them for private testing. We will enter the 2022 season with two brand-new Dallara IL-15 chassis, a very experienced crew and an incredibly talented driver already signed.”

By joining the Indy Lights field, it will become the first team to be active on every stage of the Road to Indy paddock below IndyCar right now.

“We are extremely optimistic about our chances in Indy Lights and will be building from the positive momentum of winning the Indy Pro 2000 team championship,” Duncalfe added. “We are really looking forward to the 2022 season getting underway.

Indy Lights is now being run by IndyCar, and the parent series is pleased to have a non-US team move closer to the top of the ladder.

The series’ new director Levi Jones said: “Seeing an established team use the Road to Indy platform to expand its reach is tremendous. It is a team with a championship pedigree and a program that will push everyone in the 2022 championship. We look forward to working with Michael and his group as we continue to elevate Indy Lights.”