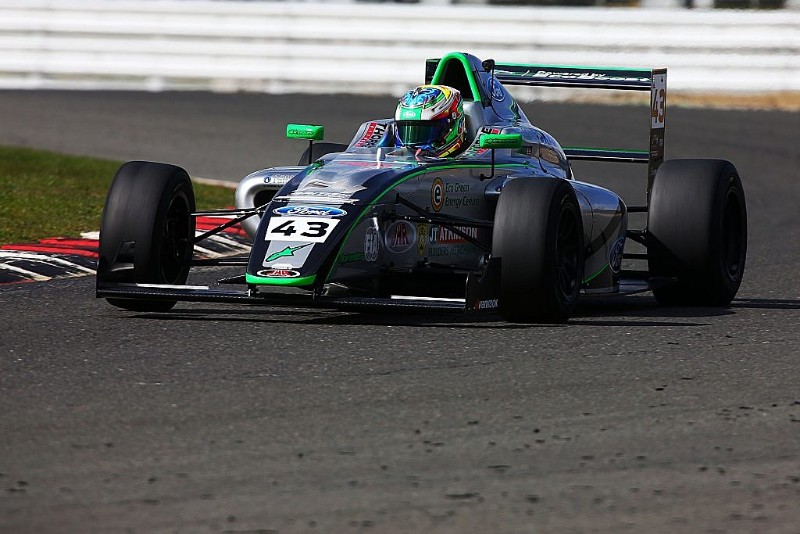 The media test around the Brands Hatch Indy circuit included two sessions, with one in the morning and the other in the afternoon. Skelton, who will be returning to British F4 for a second season, set his best time in the morning, 0.093s quicker than Double R Racing’s Sebastian Alvarez.

“I?ve started off quite well, really. We?ve not really been out in the car [in Britain] since the Brands Hatch season finale, jut once or twice, so I?m just getting back into it, but it?s looking alright to start with,” Skelton told Formula Scout.

“[Preperation’s] good. We did two days over in Valencia. We were quite quick over there and then one day a couple of weeks ago at Snetterton. We?re looking quite strong and I?m looking forward to going to the first race in Brands.

Skelton finished 10th in his rookie season of car racing last year with JHR, moving straight up from karting and with limited testing.

“It was my first year in the car last year, so I learned about the car and how the car works. All the circuits as well. So it was a big learning year. Hopefully we can put that to work this year, having that knowledge.”

Skelton was team-mate to championship runner-up Ayrton Simmons last year, who was the most experienced driver in the field.

“Ayrton was very experienced, having done two years before last. He had all the knowledge of the car, so we would compare data. Video on the track, I could see where I was going wrong. It helped speed up the process of learning.”

Although Skelton’s pre-season is looking strong, he finished no better than fifth last year.

“To start, the aim is to get on the podium overall and get my first win and hopefully the big prize at the end. JHR can definitely [do it]. They?ve been one of the most successful teams in the championship. Two second places they?ve had [Sennan Fielding in 2016 and Simmons in ’18],? so hopefully I can be the first one to get the win, and the team championship as well.”

Inexperienced Saudi Arabian racer Reema Jufalli was 2.168s off the pace on her first time in a F4 car with Double R.