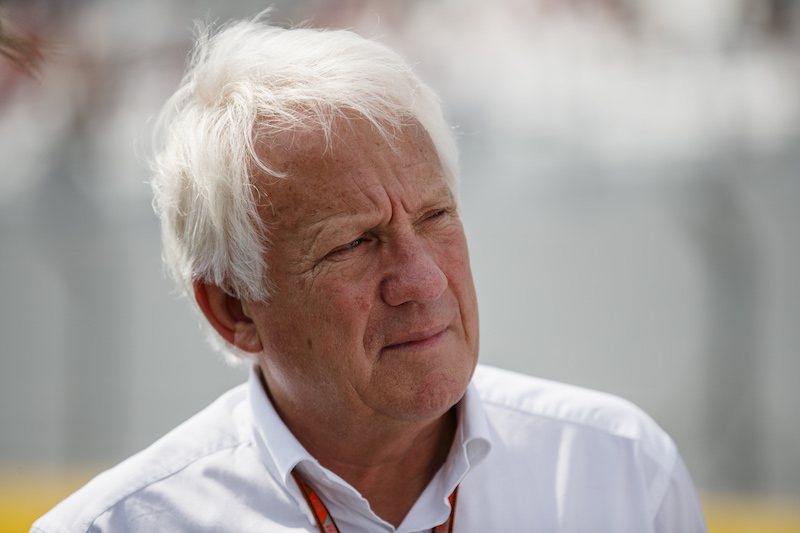 An FIA statement said that Whiting passed away on Wednesday morning in Melbourne following a pulmonary embolism, just days before the Australian Grand Prix.

First entering F1 as a mechanic, most successfully with Bernie Ecclestone?s Brabham team, Whiting joined the FIA in 1988 and had been F1 race director since 1997.

His work also covered the F1 support series, increasingly so as GP2 became FIA Formula 2 in 2017 and GP3 was succeeded by FIA Formula 3 for 2019.

As director of the FIA single-seater department, Whiting had a say in technical regulations and safety advancements in championships around the world.

He had also long been heavily involved in the Macau Grand Prix, serving as the event?s race director.

A statement from the organiser of the FIA F2 and F3 championships read: ?We are filled with sadness today at the news of the passing of FIA Director of Formula One Charlie Whiting.

?Charlie, whose role and importance in Formula One was undisputed, was one of the most respected and beloved names of the sport, but he was also instrumental in the success of the junior categories.

?In the latest years, he was hugely influential in the process of building a clear ladder in single-seaters series. He helped shape motorsport as we know it today.

?Our thoughts are with his family and friends.

?Thank you Charlie. You will be greatly missed.?

We are so saddened to hear the news that Charlie Whiting has passed away. He was a giant of the sport, a voice of reason in the junior categories as well as F1. Our sincere condolences go out to his colleagues, friends and young family at this terribly sad time.

Not much can be said about Charlie that hasn?t already, but I can share a story, one of my first experiences with him, which I think probably captures why so many are paying tribute now. It was in Austria last year, the driver?s briefing for F2, at a time when everyone was arguing and unhappy about the start situation and what should be done. Drivers, team managers, even some of the FIA staff were increasingly stressed and irate. There were all kinds of claims and suggestions, some very unhappy people and even ridicule. The only thing keeping the conversation mildly sane, at the centre of it all, was Charlie. He sat there and fielded all questions, suggestions, answered calmly and with common sense. He did not have all the answers but he didn?t claim to, nor did he point the finger for a difficult situation at someone/something else. He just told us what he knew and what he thought. Not once did he raise his voice or show the slightest irritation. He even smiled through most of it. Not all of us left that briefing happy, or satisfied, but I?m fairly sure we all left with respect for Charlie and his role, and the difficulty of achieving that can?t really be overstated with a competitive field of teams and drivers. So RIP Charlie Whiting.