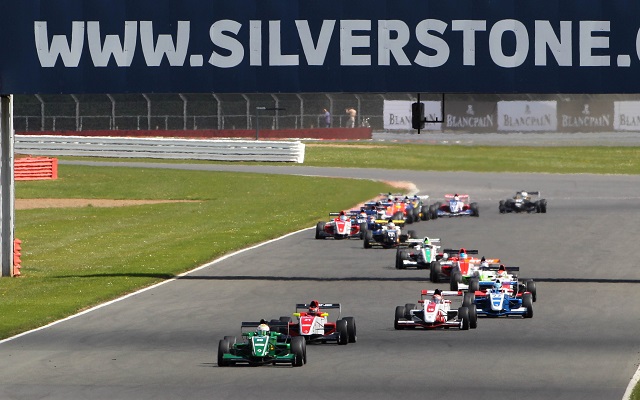 Ever since Formula Renault UK was discontinued in 2012, Formula Renault NEC has been the championship which provided appropriate proving grounds for new generations of British talents. While in 2012 Jake Dennis clinched the title after a close battle with Jordan King and Josh Hill, last season it was Matt Parry who was crowned champion with Jack Aitken taking the runner-up spot.

Although the 2014 field is not lacking in promising British youngsters, this time it looks a lot more international with several drivers from all over Europe capable of challenging for the title. Below, we take a look at the racers who will participate in the series this year. 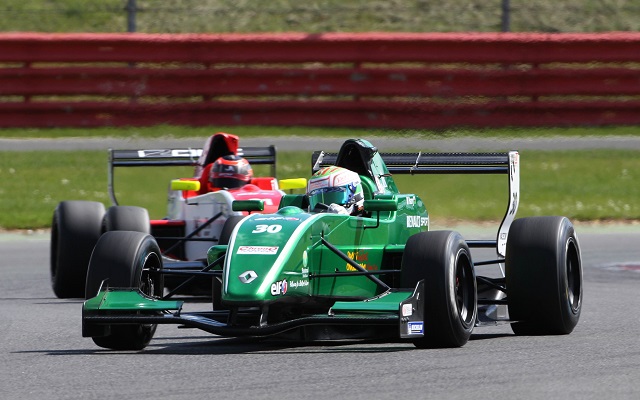 Last year, the Northamptonshire-based team fielded no less than twelve cars in the championship, including champion Matt Parry and runner-up Jack Aitken. As they are now sharing their resources between NEC and Alps in the forthcoming season, their operation in the former has been scaled down a bit and entered the opening round with four drivers.

BRDC F4 runner-up Seb Morris finally makes the move that was originally planned for him last year. Having become the Ginetta Junior champion in 2011, the Welsh racer proved has since proved his skill in single-seaters and was recently rewarded with a spot in the Caterham Academy. Considering the previous driver they placed in NEC was 2013 champion Parry, one has to imagine expectations are high.

Fortec’s British representation doesn’t end there as youngster Ben Barnicoat will also be joining the team as a full-time entry. The Racing Steps Foundation-backed driver is considered to be one of the most exciting karting graduates of 2014 and has already proved he can mix it in cars by winning the Protyre Autumn Cup weekend at the end of last year.

Another youngster stepping up from karting, Croatian Martin Kodric is set to take part in the opening round of NEC, albeit he’s expected to focus on Alp as the year goes on. Kodric prepared for the season in the Toyota Racing Series in January, where he, not unexpectedly for a newcomer to single-seaters, struggled with consistency but frequently showed respectable pace.

The fourth addition to the team is Telmex-backed Jorge Cevallos from Mexico. The 19-year-old finished third in Protyre Formula Renault last year and completes a rookie lineup at Fortec. 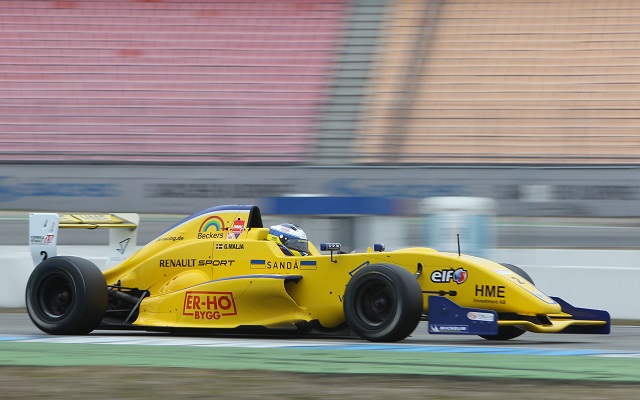 Another team with four cars, German squad JKR have a very strong history in the series and appear capable of challenging Fortec for the title this year.

16-year-old Louis Deletraz will return for a sophomore season, having finished 19th in 2013. Prior to that, he’s only contested the Formula BMW Talent Cup, so his newfound FR2.0 experience should be a huge asset.

Coming over from America last year, Ryan Tveter is another racer who by now has already spent a season in NEC, and, just like Deletraz, he is also preparing for a massively improved 2014 season as he targets a dual campaign in this and the Eurocup.

A similar plan lies ahead of Swede Gustav Malja, who graduated to Eurocup Formula Renault last year after taking runner-up in ADAC Formel Masters. He didn’t manage to frequently trouble the top ten in his new championship, but impressed in his three rounds of NEC, where he collected two podiums and finished higher overall than full-timers Deletraz and Tveter.

Finally, Kevin Jorg, who was another promising Formula Renault debutant last year having taken fourth in Alps, completes the lineup at the German squad for the first round of the NEC series. Going by testing restrictions, Jorg will only do select rounds of NEC as he will concentrate on Eurocup this season, but he’s quite possibly going to be a contender for wins in the rounds that he does contest. 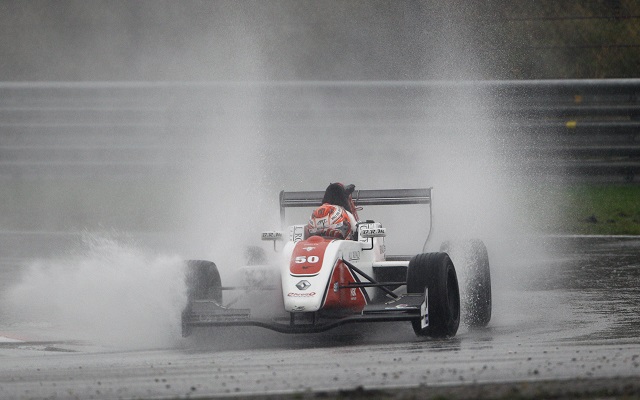 The team that introduced Nyck de Vries and Pierre Gasly to Formula Renault racing in 2012 will enter three cars for the Monza weekend, all of them hosting drivers who are widely expected to be part of their Eurocup lineup.

Both Aurelien Panis and Levin Amweg spent last year concentrating on the Eurocup and are expected to do the same in 2014 as well. Aurelien, son of former F1 driver Olivier, will spend his third year in Formula Renault 2.0 cars after finishing 16th in Alps and 18th in Eurocup in 2012 and 2013 respectively. Meanwhile, Amweg entered Eurocup as Formula LO champion last year but was only able to score two points throughout the season with the struggling Jenzer squad.

They will be joined by South African driver Callan O’Keeffe, who is graduating from ADAC Formel Masters. Despite being dropped from Red Bull Junior Team as a result of a difficult season, he joined Lotus Junior Team for 2014 and has looked solid in the pre-season.

Panis did the entire pre-season in the Eurocup and is expected to contest more than the occasional NEC round, while Amweg and O’Keeffe could very well go the full season and might be contenders if they do. 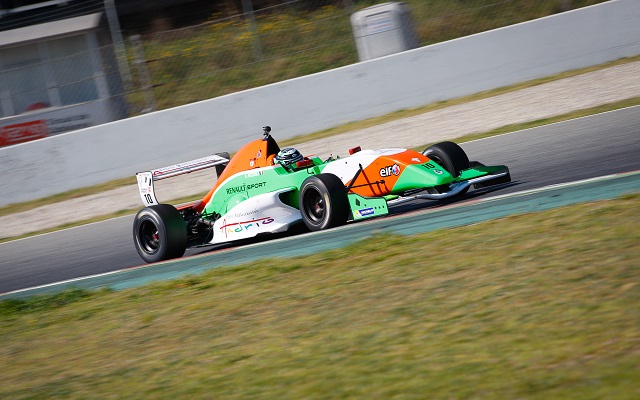 Experienced duo Steijn Schothorst and Andrea Pizzitola, who finished fifth and sixth in Formula Renault NEC last year respectively (despite both having missed rounds), are racing for the Dutch Manor MP team at Monza. Of the two of them, Schothorst had more success in the NEC series in the last two years, taking five victories in the championship over the last two seasons. However, in the more competitive Eurocup series, it was usually French F4 runner-up Pizzitola who had better results.

Formula Ford race winner Julio Moreno of Ecuador will switch from JTR Racing to Manor MP for a sophomore season in the NEC series, while a last minute entry – Swedish Rotax karting graduate Philip Morin – will also be present for the opener. 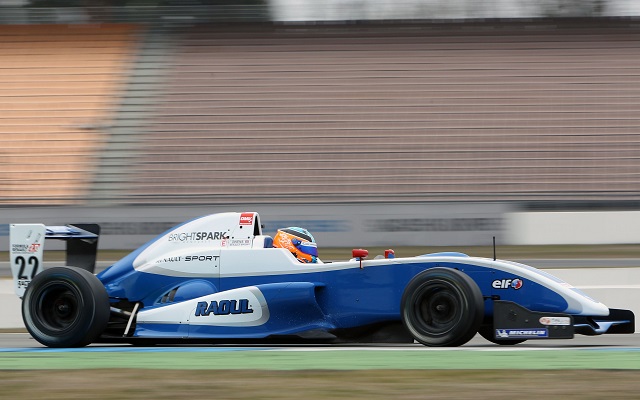 British team Mark Burdett Motorsport were newcomers to the championship in 2013, yet managed to end an impressive season with Raoul Owens in ninth.

Owens will stick with the team for a second season in order to fight for wins, while he will be joined by 2013 BRDC F4 champion Jake Hughes, who is widely considered to be one of the most promising young Brits around. With their experience from 2013, the team should be able to maintain their position as the best non-Eurocup squad of the series. 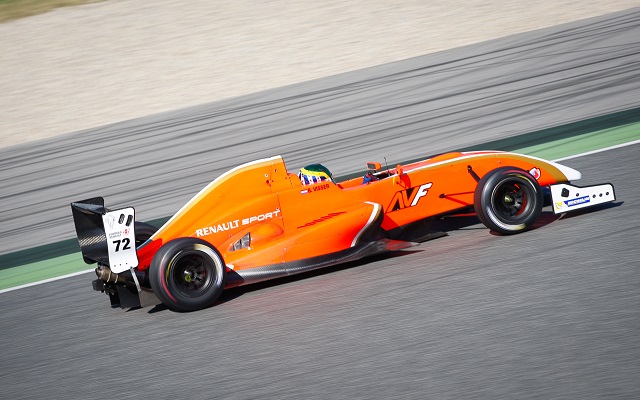 Founded by former Formula Renault racer Adrian Valles at the end of 2012, AVF will be going through a major expansion of their FR2.0 operations and, as such, will go from two cars to four in NEC this year.

The Spanish squad will be bringing Formula Renault 1.6 NEC champion Roy Geerts to the series, who, despite being already 21, made his debut in car racing last year and already picked up a title.

He will be partnered by another promising FR2.0 rookie in Matthew Graham, who finished fourth in the ultra-competitive BRDC F4 and won the subsequent Winter Series.

17-year-old Georgian Nicholas Surguladze and Czech Josef Zaruba will complete the lineup, the latter being the only driver in the team with prior Formula Renault 2.0 experience as he tok part in five races of NEC last season. 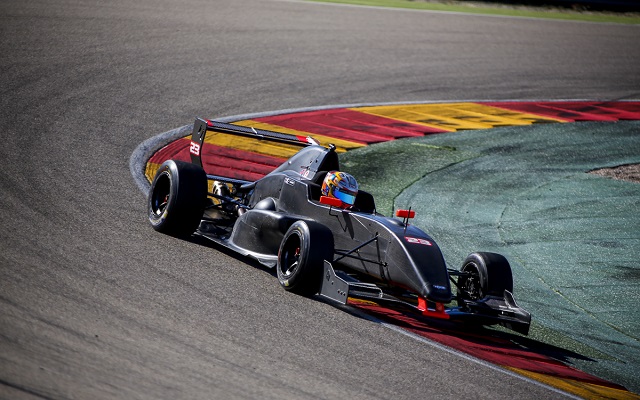 Belgian team KTR will enter three cars for the 2014 FR2.0 NEC opener, fielding drivers that are either already confirmed or heavily tipped to contest the Eurocup with them.

The two drivers who will definitely race with KTR this year are both Lotus juniors – Alex Albon and Gregor Ramsay.? With two years of Formula Renault experience and good pre-season pace in the Eurocup, Albon is expected to be at the front of any NEC races he contest, while Ramsay, who will switch from Alps to NEC, could potentially fight for occasional podium.

The third driver of their Monza lineup is Jules Gounon, son of former F1 driver Jean-Marc, who was the runner-up in French F4 2013. 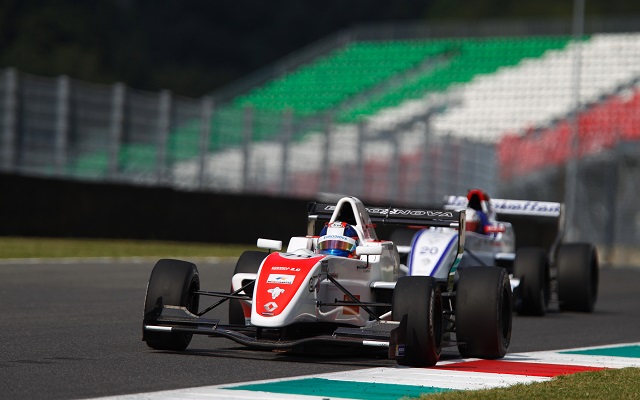 Euronova Racing have left the Alps series to enter NEC for 2014. Making the switch, they bring over 17-year-old Ukyo Sasahara, who spent his maiden single-seater season in Alps with Euronova last year and was previously a very successful karting driver in various Rotax championships.

Jakub Dalewski, a top ten finisher in the series in 2013, will be the team’s second driver for the season. The 18-year-old Polish driver raced in ADAC Formel Masters in 2012 and won his third ever race of his career in cars, shortly before leaving the series at the halfpoint.

Both drivers are quite likely to be among the top regulars of the championship, fighting for podiums and wins when Eurocup guests aren’t present.

The rest of the field:

Polish squad Inter Europol are set to return for their fourth season in Fomula Renault NEC and will enter Monza a one-car entry – Canadian David Richert, whose last racing appearance was in 2011 in Formula Renault 2.0 Italia. NEC regulars PositiOne Motorsport return with 22-year-old Leopold Ringbom, who they fielded two years ago.

Brixia Horse Power first appeared in the final round of the 2013 season, scoring a point with Andrea Baiguera, who will return with the team in 2014 as well. Formula Renault Alps squad AS Motorsport by GSK will join the NEC grid for Monza, racing with Ukranian Danyil Pronenko.?KEO Racing are also expected to be on the grid with Fabian Welter, although they are looking likely to miss the entirety of the opener.