The last season showed the strength of the championship with a fantastic three-way battle amongst three talented drivers. The 16-year-old debutant Seb Morris and 18-year-old Josh Webster, who won four races in a row, both had their chances to win the series, however, another newcomer, former Formula Ford champion Scott Malvern ended up as winner at the end of the year. As these drivers have moved on, Protyre Formula Renault seeks new talents for another exciting season.

In 2012, MGR Motorsport almost clinched the title with Josh Webster. Now they are entering this season with a four-car lineup, which shows big potential. Telmex-backed Jorge Cevallos, who topped the times during the pre-season test, spent his debut year as a strong pointscorer last season – we must definitely count him as a title contender. His teammate, Chris Middlehurst, son of former BTCC driver Andy Middlehurst, finished right behind Cevallos at pre-season testing. He made huge progress last year, with two podiums at Donington Park. Venezuelan Matteo Ferrer enters the championship as a newcomer. Although he didn’t have any karting experience, he showed great potential in Intersteps Championship last season. The last member of the team is Tom Oliphant, who is also preparing for his second year in the series. 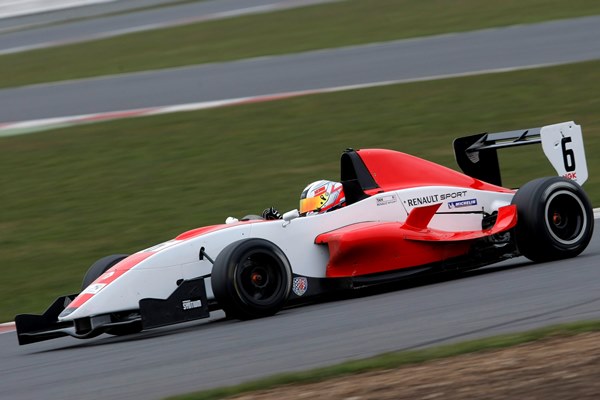 One of England’s biggest and most successful teams is also part of Protyre Formula Renault. Fortec is another team with four cars on board. Chinese driver Hong Wei Cao will embark his second season with the team after having some strong results, and finishing fourth with a podium in the Winter Series. Alongside Cao, Fortec fields three debutants. Sam MacLeod is one of the most promising karting graduates, as he finished fourth in CIK-FIA European Karting Championship. Shaun Thong, from Hong Kong, gradutes from Asian Formula Renault after he finished third, and the last addition to the team is the Malaysian Weiron Tan, who is also part of AirAsia Caterham Development Programme and comes from JK Asia Racing.

Former title-winning squad Hillspeed enter the championship with two drivers, both of them are successful Formula Ford graduates. Jake Cook finished second in that series last year, and now tries to copy Scott Malvern’s performance, to be the champion as a newcomer. His teammate is Matt Rao, champion of Formula Ford Duratec Class. Rao has already made an appearance in the Winter Series, it was rather unlucky and disappointing, though, and he definitely has to improve on his results. 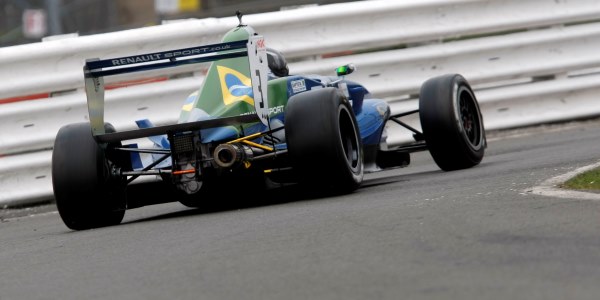 Scorpio are one of the most successful teams with being champions in 2008 and 2009. Since then, the team had to deal with some difficult seasons, however, their aim can be the championship title once again this year. Ivan Taranov comes with the biggest experience, as he has already spent two years in the series and is also doing Formula Renault Alps this year. The other member of the squad is the Brazilian Henrique Baptista. He started his single-seater career in great shape with being second in Formula Renault BARC Winter Series in 2008, however, he missed three years between 2009 and 2011, in order to concentrate on his studies. He returned last season with a difficult season, however, his potential is unquestioned, considering his previous result.

This is the third team with four cars. After a successful karting career, which resulted in several championship titles, Ed Brand is ready to step up to single-seaters alongside Argentinian Mat?as Galetto, who has already gained three years of experience from Formula Renault Argentina with one race victory and ninth place overall last year. The lineup is complete with two Lebanese drivers. Joe Ghanem is already champion of three series (UAE GT, Trofeo Maserati Middle East and Formula Gulf 1000), moreover, he spent 2012 in Protyre Formula Renault, these factors can easily make him one of the biggest title contenders. His countrymen, Shahan Sarkissian also made his debut year in the series last season, however, it was his debut year in cars, too. 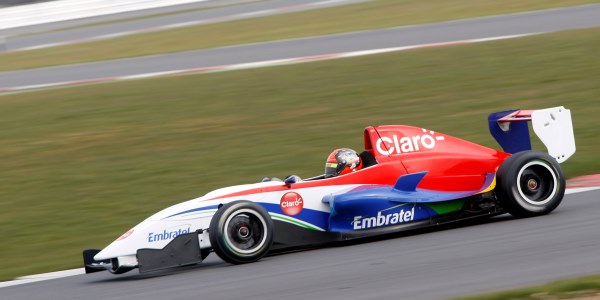 Last year, Jamun Racing had a great part in Scott Malvern’s championship title as they supported Cullen Motorsport. Now, they have decided to establish a separate team with two cars. Grandson of F1 World Champion Emerson Fittipaldi, Pietro Fittipaldi will make his debut in single-seaters, after making an impressive first season in cars with being the first Latin-American driver to clinch the Limited Late Model Nascar title, at the age of only 15. We started the preview with a Telmex-backed driver, and now, we finish it with another one. Diego Menchaca had some strong results last year, moreover, he beat his countryman Cevallos, who topped the test sessions. In case his progress doesn’t stop, he could be another addition to the title contenders.

Tincknell holds Lynn at bay to take race one win