In recent seasons the ADAC Formel Masters has established itself as one of the premier national entry level single-seater championships in Europe. With recent champions Daniel Abt, Richie Stanaway and Pascal Wehrlein moving on to race in GP2, Porsche Supercup and the DTM respectively, the championship has earned a reputation as a proving ground for future stars. PaddockScout takes a look at who may become the stars of the future this season.

The Lotus squad, which is run by accomplished German outfit Team Motopark, returns for another season with a slim down four car line-up lead by Red Bull Junior Team members Beitske Visser and Callan O’Keeffe. 18-year-old Dutch driver Visser, who is the most recent member to join the Red Bull scheme, returns for a second ADAC Formel Masters campaign after finishing eighth last year despite missing two rounds to injury.

Meanwhile, 16-year-old South African O’Keeffe remains with the Red Bull Junior Team for a second season and steps up from the Formula BMW Talent Cup in which he finished ninth last season but showed promise before the decisive final round. Also returning to Lotus for another season is 20-year-old Dutch driver Indy Dontje, who enjoyed a good first season scoring one podium and numerous top ten finishes. Finally, 18-year-old Danish driver Mikkel Jensen will make his car racing debut after a successful karting career in his native Denmark.

The Austrian squad returns with a strong three car line-up after their most successful season last year, taking Gustav Malja to second place in the championship. Leading the squad is reigning Formula BMW Talent Cup champion Marvin Dienst. The 16-year-old German won one race during the season and took another win in the final race of the Grand Final at Oschersleben to take the championship. 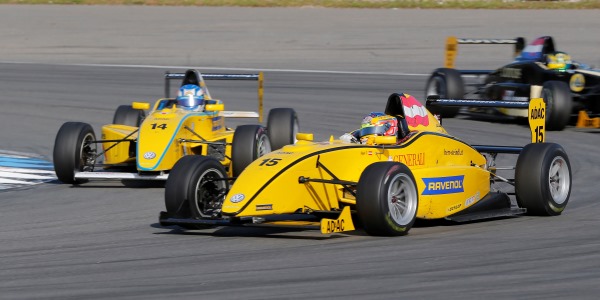 The Neuhauser team were frontrunners in 2012 with Jager and Malja

Moving over to Neuhauser is 17-year-old Danish driver Nicolas Beer, who competed in several rounds last season with HS Engineering, finishing sixteenth in the final standings and scoring a best finish of seventh in the final race at Hockenheim. Also joining the Austrian team is 17-year-old Austrian Stefan Riener, who will be making his car racing debut this season after a successful a successful career, highlighted by winning the Rotax Max Challenge Germany ? Max World class in 2011.

The ADAC Berlin-Brandenburg e.V. team, which is the ADAC Formel Masters branch of the successful M?cke Motorsport squad, returns with a six car line-up led by returning driver Alessio Picariello. The 19-year-old Belgian enjoyed a strong campaign last season on his way to sixth in the championship. Also returning for a second season is 19-year-old German Hendrik Grapp, who finished eleventh last season, taking two wins along the way.

Making his debut for the team is 15-year-old German Kim-Luis Schramm, who steps up to the ADAC Formel Masters after a successful karting career in both Europe and his native Germany. Making his debut with the German squad is 15-year-old German karter Maximilian G?nther. Also making the step up to car racing from the German karting scene is 18-year-old Austrian David Detmers, who took fourth in the German Kart Championship and first in the KF2 class at the Euro Wintercup last season. Rounding out the Berlin-based squad?s line-up is 15-year-old Swiss karting ace Giorgio Maggi, who will also be making his car racing debut after a very successful karting career.

The German squad return for another season with a strong two car line-up led by 18-year-old German Jason Kremer. Kremer, who is a member of the Deutsche Post Speed Academy, returns for another season as the highest place finisher from last season, finishing fourth, and he will enter the season as the favourite to take the charge to Lotus. Joining Kremer will be 15-year-old German Fabian Schiller, who steps up from the Formula BMW Talent Cup, where he finished seventh last season. 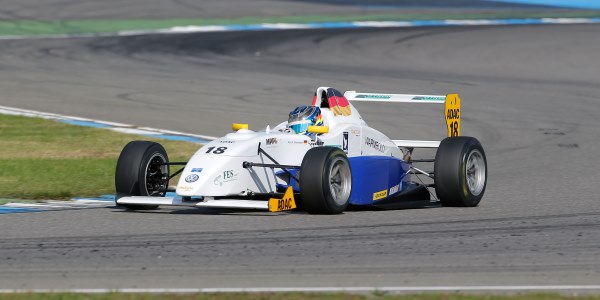 Giersiepen will hope to be more competitive in his second season

The German squad returns this season with a two car line-up consisting of Kim-Alexander Giersiepen and Martin Gatz. 18-year-old Giersiepen returns for a full season after only complete a partial campaign in which he did not record a points scoring finish on his way to twentieth in the final standings. Joining Giersiepen is 18-year-old German karting graduate Gatz, who will be making his car racing debut.

Another German squad that brings two rookies to the championship in Marco Carrari and Tina Arbinger. The young Italian Carrari makes the step up to car racing after two years of karting back home, while the 17-year-old German Arbinger will be making her racing debut.

Melville McKee confirmed with Bamboo for 2013