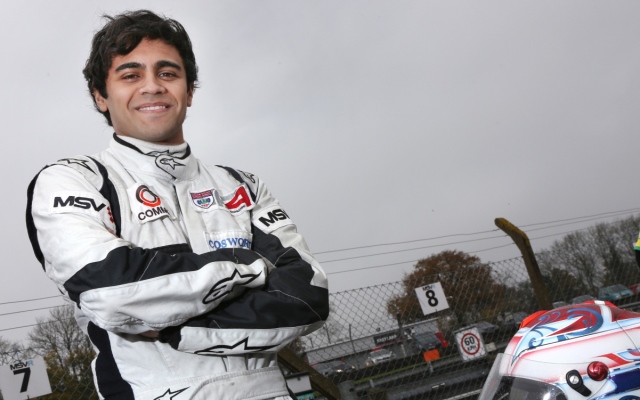 Zubair Hoque has joined the SWR team for his first full season in the BRDC F4 Championship.

The 18-year-old made his single-seater racing debut in the Winter Championship last November with the HHC Motorsport squad. He finished fifth in the standings, claiming a best result of fifth from the eight races.

He has now become the first 2015 signing for SWR, who claimed five race wins in the 2013 season with Matthew Graham and Jack Barlow.

?I?m really looking forward to the season ahead with SWR ? they?re proven race-winners and with their support I?m aiming to be competitive right from the first round of the championship,? said Hoque.

?As it is my first season in single-seaters, I know there will be a lot to learn in terms of car set-up but my focus is to improve with every race and to eventually be fighting for podiums.?

Team owner and former Euroformula Open racer Sean Walkinshaw said his outfit had been impressed by Hoque’s performances in his first races.

?It?s fantastic to confirm our first signing just a couple of weeks into the New Year, Zubair clearly has a lot of potential and ability and?we?re really looking forward to working with him this season,? said Walkinshaw.

?Hopefully we can start testing with him very soon to prepare as well as possible ahead of his first full season.

?Everyone at SWR was impressed by Zubair?s performances when we watched him in action during the Winter Series in November, so we?re delighted he?s joined the team.

“Discussions are ongoing with several drivers regarding our two other seats and we?re always open to further enquiries too.?