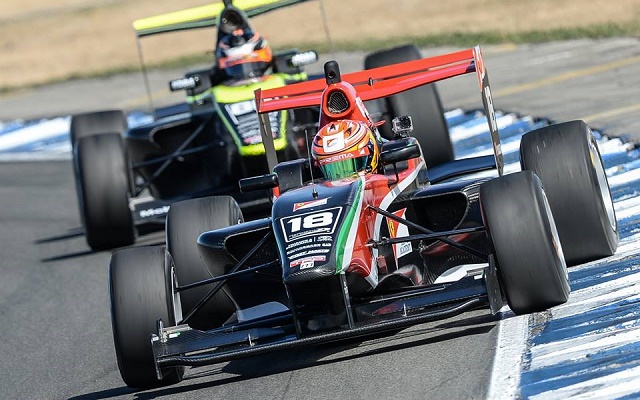 Ferrari junior Lance Stroll continued to impress the public during the Toyota Racing Series opening round at Ruapuna, securing his second victory.

Starting from the front row again, Stroll was into the lead on the opening lap and crossed the line in first place 18 more times to ascend the top step of the podium.

Scotsman Sam MacLeod looked to make amends for a challenging first weekend in the series thus far, but spun on the opening lap after starting from pole, dropping all the way down to 14th.

As such, the first lap immediately saw Stroll emerge as a clear leader, holding three seconds over his second-placed squadmate Brandon Maisano.

However, the Frenchman would have to yield second to a charging James Munro, who had lined up eighth on the grid.

Assuming the runner-up sport, Munro immediately began to close in on Stroll, with the duo lapping at a superior pace to the rest of the field.

Eventually, as the two traded fastest laps, the Kiwi got within 0.8s of the lead after the halfway point of the race, only to spin out of contention on the subsequent lap.

Maisano, a full seven seconds down on the leader, then also went off from second, handing the spot to Arjun Maini.

With no rivals in sight, Stroll got to enjoy a calm end to the race and cruised to the checkered flag.

Maini, who was second to Stroll in the first race, would again be runner-up, while Artem Markelov made up for two earlier retirements with a third-place finish.

Santino Ferrucci was fourth, heading a recovering MacLeod, while sixth-placed Thomas Randle led Stefan Riener, who had started the race from the pit lane.

Alfonso Celis recovered from a moment of his own to claim eighth, while Brendon Leitch and Mathias Kristensen stayed out of trouble to round out the top ten.