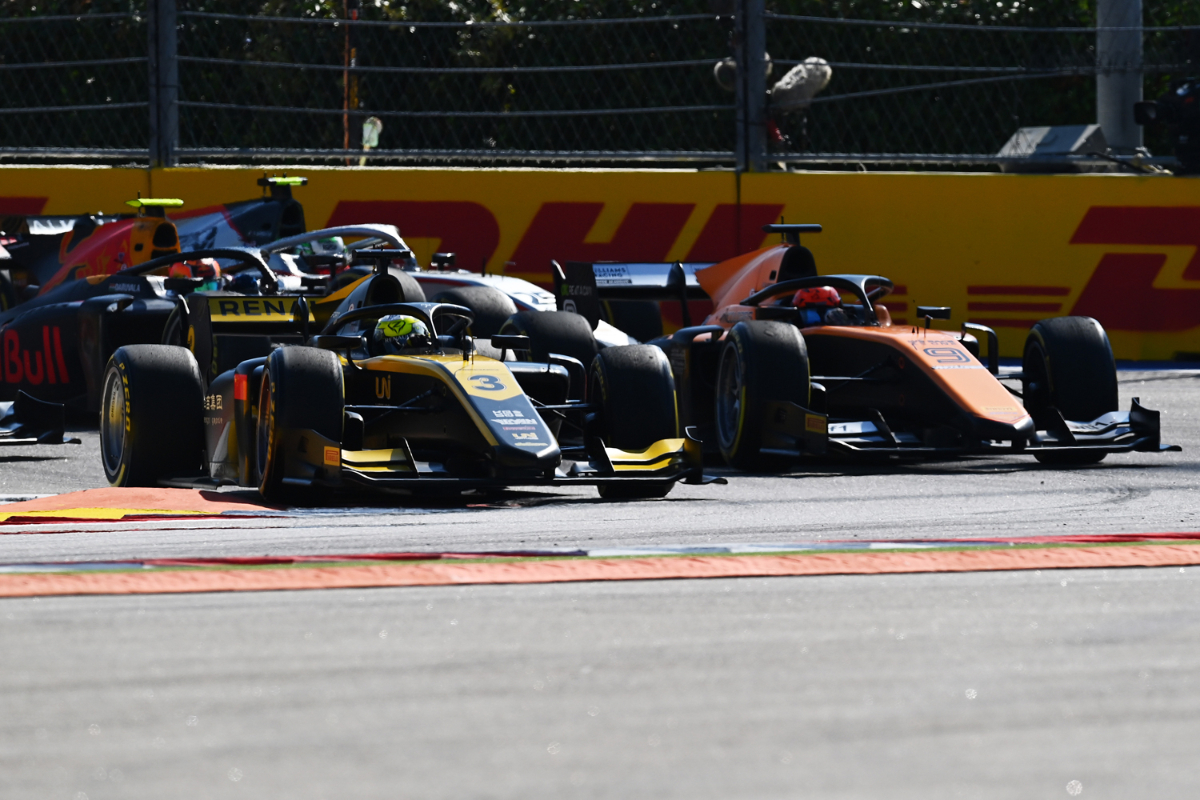 Alpine Formula 1 junior Guanyu Zhou is one of the title favourites for Formula 2 this year, and thinks the series’ new weekend format will be “more stressful” than before.

The third-year Virtuosi Racing driver spoke to select media during the launch of the Alpine Academy about his personal expectations for his upcoming F2 campaign, as well as sharing his thoughts on the changes that are being made in the series.

For 2021, each round will feature three races rather than two and the first two of those will be reversed grid Saturday sprint races. The feature race, which offers more points and uses qualifying’s results to set the grid, will now run on Sundays.

“With this change it’s quite a bit challenge for the whole team, because we never ever in F2 have experienced something like that before,” said Zhou.

“And also having the top 10 reversed is something quite interesting.”

In previous years, F2 has flipped the top eight from Saturday’s feature race results to then set its grid for its shorter Sunday sprint race.

“From my point of view it’s going to be making the championship even more compact or more close in terms of points,” Zhou added.

“Especially when we’re heading to Monaco or all these city tracks, having three races all quite close together, you can’t really afford to have a bad qualifying or having any technical issues in one of the races. It means you are out of the points or in a bad starting position.”

“It’s going to be quite interesting for the people watching, and for us it’s going to be a little bit more stressful, and we’ll have to definitely be having no mistakes and always try to finish top 10.

“I’m still not sure if qualifying pole is better, or qualifying P10, but definitely I’m going for the pole for the extra four points.”

In Zhou’s first two seasons in F2, he has picked up one sprint race win, two pole positions, six fastest laps and 11 podiums. Seven of those podiums have come in feature races, with a best finish of second in those achieved twice.

He is the second highest placed driver from the 2020 standings returning for this year, behind Prema’s Robert Shwartzman, and won the Asian Formula 3 title earlier this month.