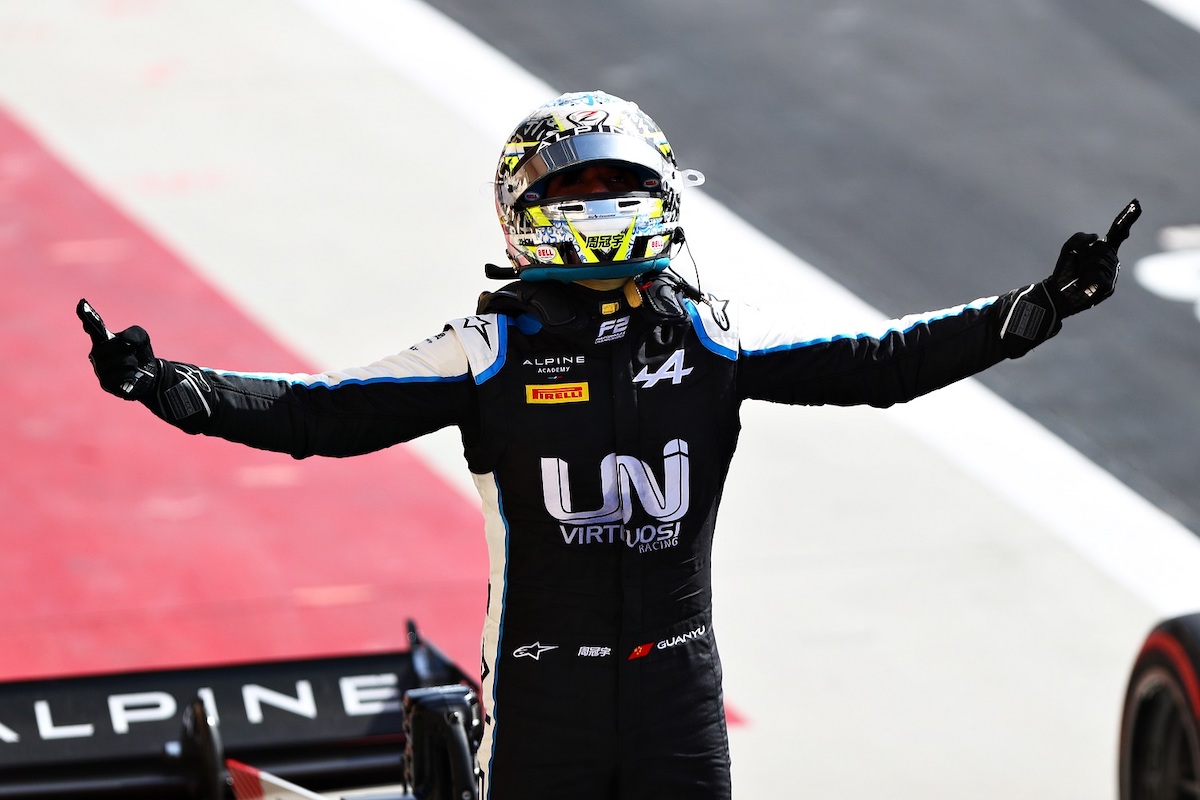 Guanyu Zhou feels his maiden Formula 2 feature race win at the season-opening round in Bahrain made up for the one he lost at the first event of 2020.

As last year, when the delayed campaign began at the Red Bull Ring, Zhou took pole position in the first qualifying session of the season on Friday and led the feature race.

He retired from that first of 2020 in Austria due to a mechanical issue, handing victory to then-team-mate Callum Ilott. His only win of last season came in a half-points red-flagged Sochi sprint race.

Running an unconventional strategy from pole in the first feature race of 2021, Zhou carved his way through the pack after a mid-race safety car and resisted Carlin’s Dan Ticktum to secure his maiden feature win.

The Alpine Academy driver was asked in the post-race press conference whether his triumph was ‘redemption’ for his race lost nine months ago.

“Last year, definitely, it feels like in Austria the win was taken off us due to the issues we had, and this year again we tried to start really strong. We did the job in quali and also the feature race,” he said.

“Considering how crazy Saturday’s races were, I didn’t really expect to do anything but the key was to take good points and trying to get the win.

“It definitely made up for the shame we had last year and right now I’m just super delighted with what we achieved this season, especially at Bahrain, especially compared to our pre-season testing performance and now coming to the real race weekend.”

Zhou was later asked whether he thought about that race in Austria and whether the fear of a mechanical problem played on his mind.

“Definitely not,” he replied. “I think that’s one to forget and to move forward [from]. Obviously, it wasn’t the easiest start of my F2 campaign last year and this year obviously in the last three laps I was more focused on trying to do no mistakes, surviving on these option [tyres] all the way to the end rather than thinking whether I was going to have an issue here or there.

“But that’s down to life, to things we’re not in control of and today’s race we just focused on getting the best I could from each compound and trying to always stay with the front pack and to make the comeback at the end of the race with these options.”