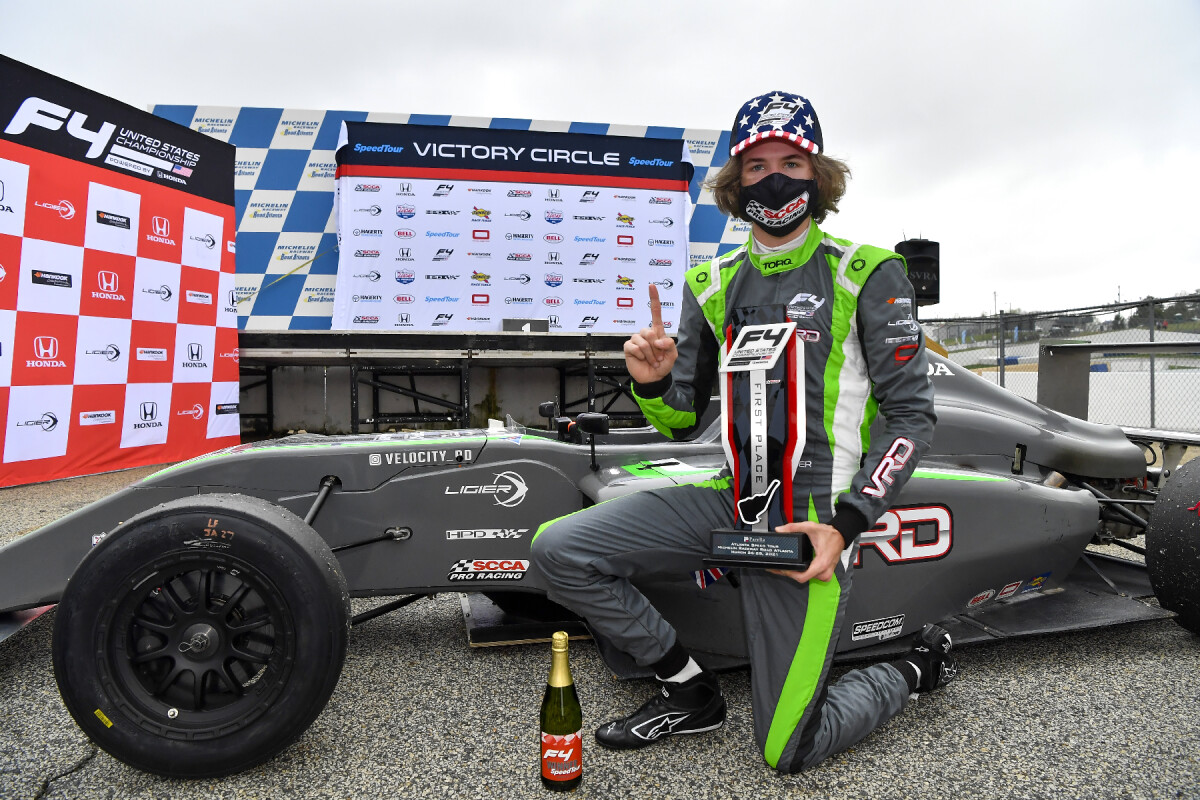 Reigning NACAM F4 champion Noel Leon took pole by almost half a second ahead of Alder, and led most of the opening race under yellow flag conditions. The first interruption was at the very start, as one driver stalled on the standing start and meant racing got underway with a rolling start instead.

The second pace car interruption came after Jay Howard Driver Development’s Seth Foley went off and it kept the field close, meaning late on Alder was able to pass Leon for the win and pull away on the final lap by 1.683 seconds.

Nico Christodoulou (VRD) and Matt Christensen (JHDD) came across the line just behind Leon, and Gonella Racing made a good start to the season in fifth with Mac Clark.

Cooper Becklin came sixth on the road for Kiwi Motorsport, but he was penalised five seconds for jumping the start and he dropped to 11th. His team-mate Arias Deujmedjian inherited sixth after qualifying fourth.

Fastest lap in race one meant Alder got to start race two from pole, and there was an early full course yellow after a four-car crash. On the restart it got dicey between Alder and Leon, but long-time F4 tester Deukmedjian stayed close and he passed both for the lead on lap seven of 17.

Deukmedjian did a good job to stay ahead until Alder broke his defences with three laps to go and bringing Leon through with him. The two finished less than a second apart up front, while Deukmedjian dropped 6.912s in third.

Leon got another opportunity from pole in the third race, which took place on wet tyres on a drying track. After two full-course yellows – one after fifth-place starter Spencer Bucknum went off – Leon held on to take victory by half a second over Alder, who had to fight his way back past Deukmedjian and Christodoulou in the closing laps.