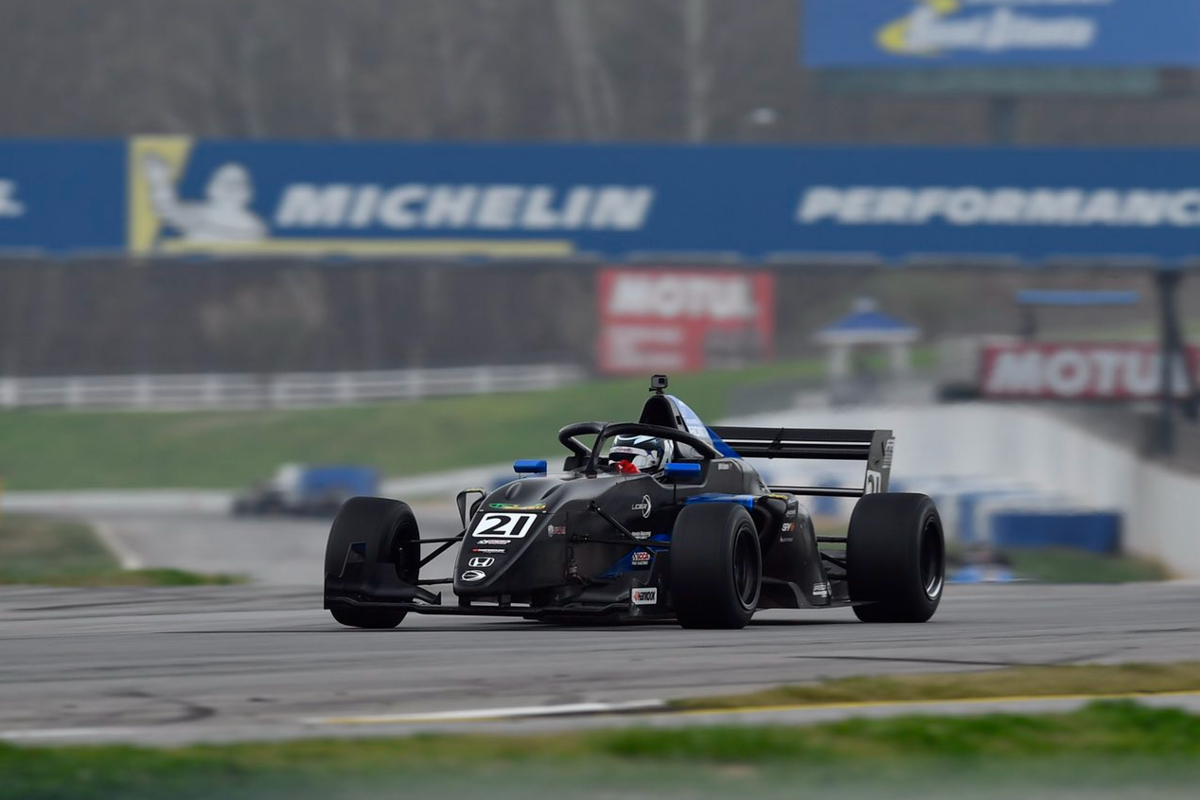 In qualifying it was Cayman Islands-based teenager Simpson who set the pace by 0.230 seconds from team-mate Logan Cusson, and he went on to dominate the weekend’s opening race, the first podium of his single-seater racing career.

Christian Bogle qualified third for Jay Howard Driver Development and rivalled Simpson early on, but a spin sent him down the order and left Simpson with a huge lead over Team Crosslink’s Joshua Car and Cusson.

The order changed frequently in the positions below, with Newman Wachs Racing’s Ian Rodriguez initially in fifth before retiring (and not starting the remaining two races), and his team-mate Jordan Missing charging up the order to fourth ahead of Crosslink’s Dylan Tavella.

Simpson’s route to race two victory was harder, with Missing going from third to first with a brilliant first lap and then holding Simpson behind him for half of the race.

The constant pressure eventually led to Missing spinning and dropping to third behind Tavella, enabling Simpson to pull away and take his second win by 11.691s.

Velocity Racing Development’s Hunter Yeany was a distant sixth after running third early on, and team-mate Matt Round-Garrido was an even more disappointing lapped ninth.

Simpson held off Missing to win race, as only two other drivers finished on the lead lap.

TJ Speed’s Varun Choksey was third for a few laps before Yeany took over the position, but rain arrived in the middle of the race and the action got chaotic. Yeany lost third to Car, before dropping a lap behind in the wet while Choksey emerged in a distant fourth.

Round-Garrido had got into trouble earlier on and was two laps down, soon joined by Baptiste Bethelot (TJ Speed) before he retired, and then Cusson. Bogle spun early on but returned to the action nine laps down and met the chequered flag. He wasn’t classified, leaving only seven finishers and a huge points lead for Simpson.