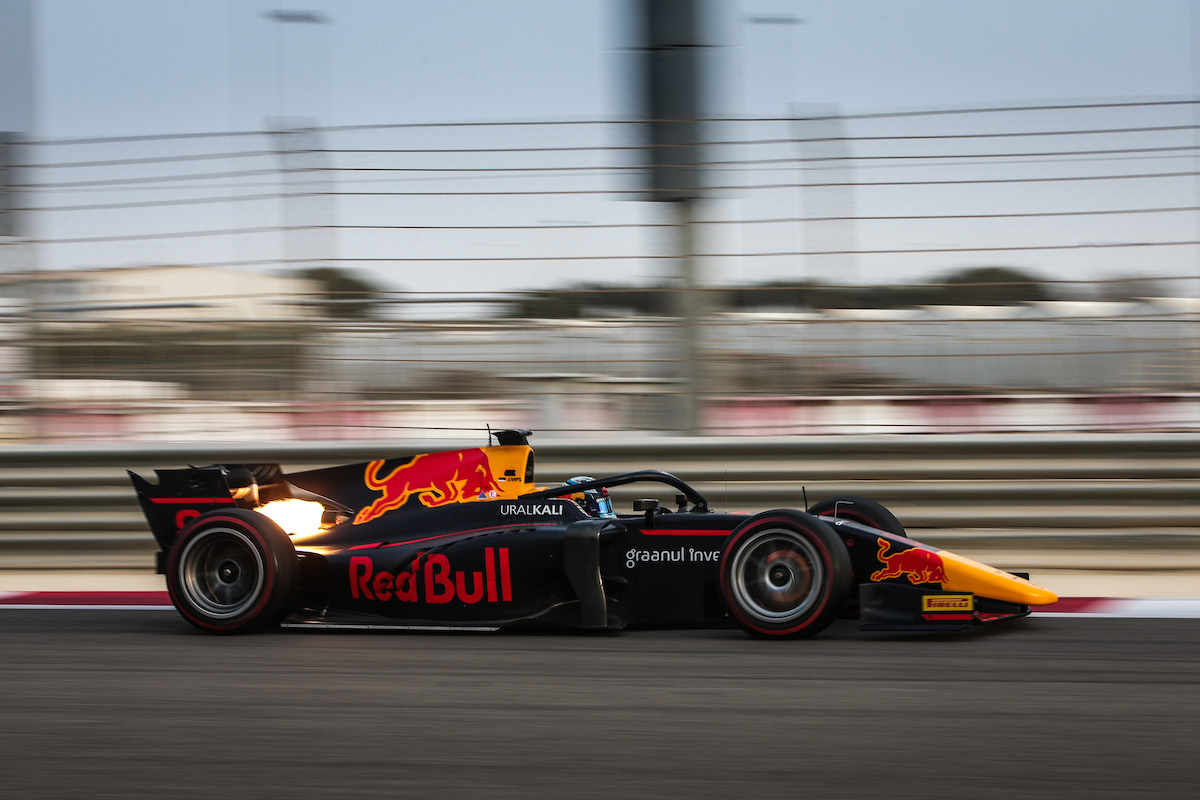 Juri Vips believes he could “easily” be leading the Formula 2 standings after the opening round in Bahrain, where he ultimately failed to score any points in a luckless weekend.

The Red Bull junior was disqualified from fifth place in Friday’s qualifying session after the undertray fins on his Hitech GP car were found to be 6.5 millimetres below the permitted minimum height – something Vips says actually cost him laptime.

He went from 22nd to 10th in the opening sprint race to earn reversed-grid pole position for race two, where he was running in second place ahead of eventual winner Oscar Piastri when he was slowed by a gearbox problem with three laps to go.

In Sunday’s feature race he again made good progress from the back of the field but faded when the safety car was deployed just after his pitstop.

“I don’t think that ‘lousy luck’ describes it strongly enough,” he said.

“After finding out what it was I was just happy to be P5, because we should not have been that quick.

“We could still have had a very good weekend. In race one we went from 22nd to 10th which wasn’t bad at all. I mean I didn’t have a great race, I had a big lock-up and a flat spot but we recovered by the end to P10 which was actually perfect.

“I think we had an easy victory taken away in race two.

“And [on Sunday], from last we would have finished P3 or 4 without the safety car. The team made some calculations after the race, we were by far the fastest on track.

“It’s such a shame because I think the car was mega all weekend. It was just that in none of the sessions did things go our way. So we walk away with zero points. I think it could easily have been a championship lead.”

After his disqualification from qualifying, Vips continued to earn the attention of the stewards during the weekend.

He earned a five-second penalty in race two for going underneath the minimum delta time at the end of the late virtual safety car period, which likely would have cost him victory regardless of the gearbox issue.

In the feature race he also gained a five-second penalty for going wide at Turn 4 when overtaking Bent Viscaal – rather like Max Verstappen did when battling Lewis Hamilton in the Formula 1 race – and later earned a €500 fine when he failed to refit his steering wheel in parc ferme after the race.