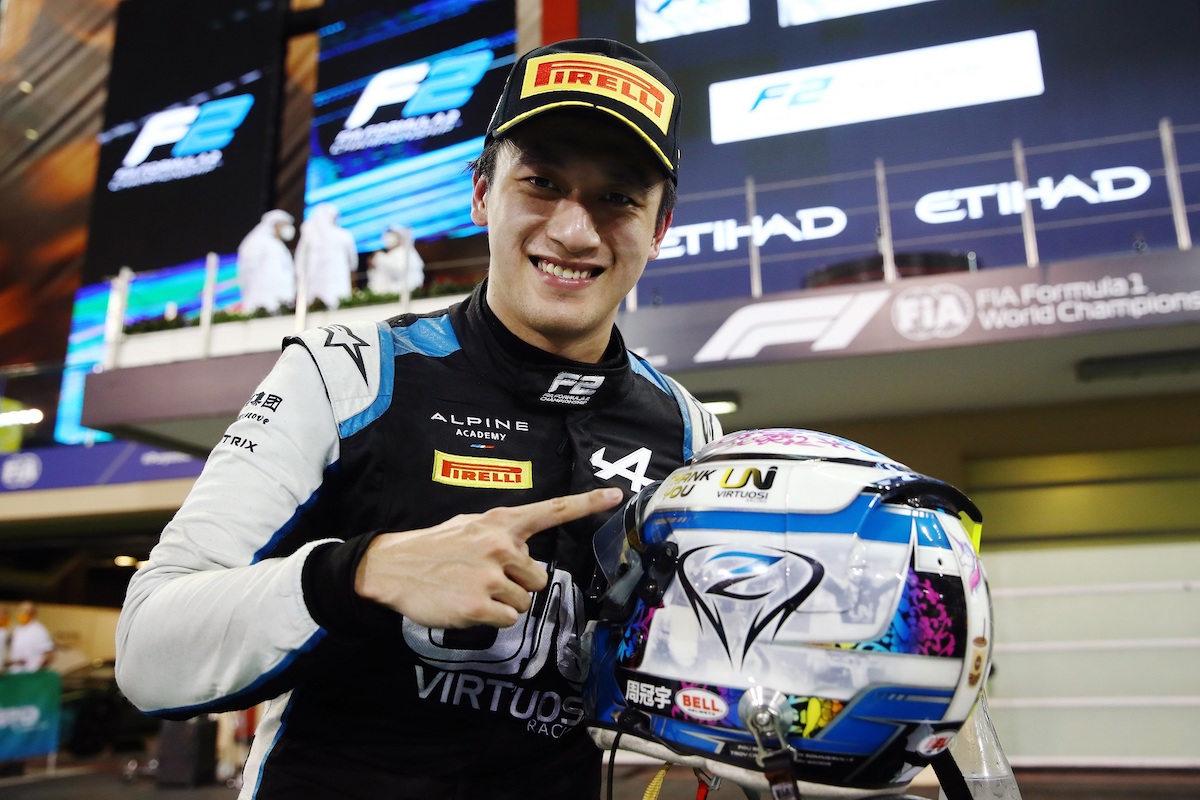 Future Alfa Romeo Formula 1 driver Guanyu Zhou says he is surprised at criticism he has received on social media ahead of his graduation to the top level in 2022.

Zhou is set to replace Antonio Giovinazzi at the Sauber-run Alfa squad in 2022, taking the spot ahead of the likes of fellow Alpine junior Oscar Piastri (who clinched the Formula 2 title in Abu Dhabi), existing Sauber junior Theo Pourchaire and Alfa reserve driver Callum Ilott.

He is on course to finish third in F2 in 2021, having finished sixth in 2020 and seventh (as top rookie) back in 2019, but has come under criticism from some corners for being chosen ahead of some of his current and former rivals, with the help of strong financial backing.

Zhou took his fourth win of the season in race two in Abu Dhabi, inheriting the lead when Marcus Armstrong’s engine cut out. Afterwards, he was asked by Formula Scout about the criticism he has received and said he “doesn’t really care” about those who have sent it.

“Yeah, I’m surprised how much stuff I got on social media, but I wasn’t paying too much attention on that,” he explained.

“Because, at the end of the day, I’ve achieved my dream and the amount of people who are proud of me here, proud of me worldwide, back home, is quite impressive and I’m very thankful for the support.”

Zhou is set to become China’s first race driver in F1 and is likely to play a crucial role in how the championship markets itself in the region in coming years, despite the lack of a home grand prix in 2022.

“Just, you know, what is your love and what is your passion, because we’re all here in Formula 2. We are trying to do our best to try to reach Formula 1. It’s all our dreams in the feeder series when we started.

“And yeah, I achieved that goal, I’m super happy from my side and proud of my team and all the people who have supported me on this journey. The others I don’t really care too much [about].”