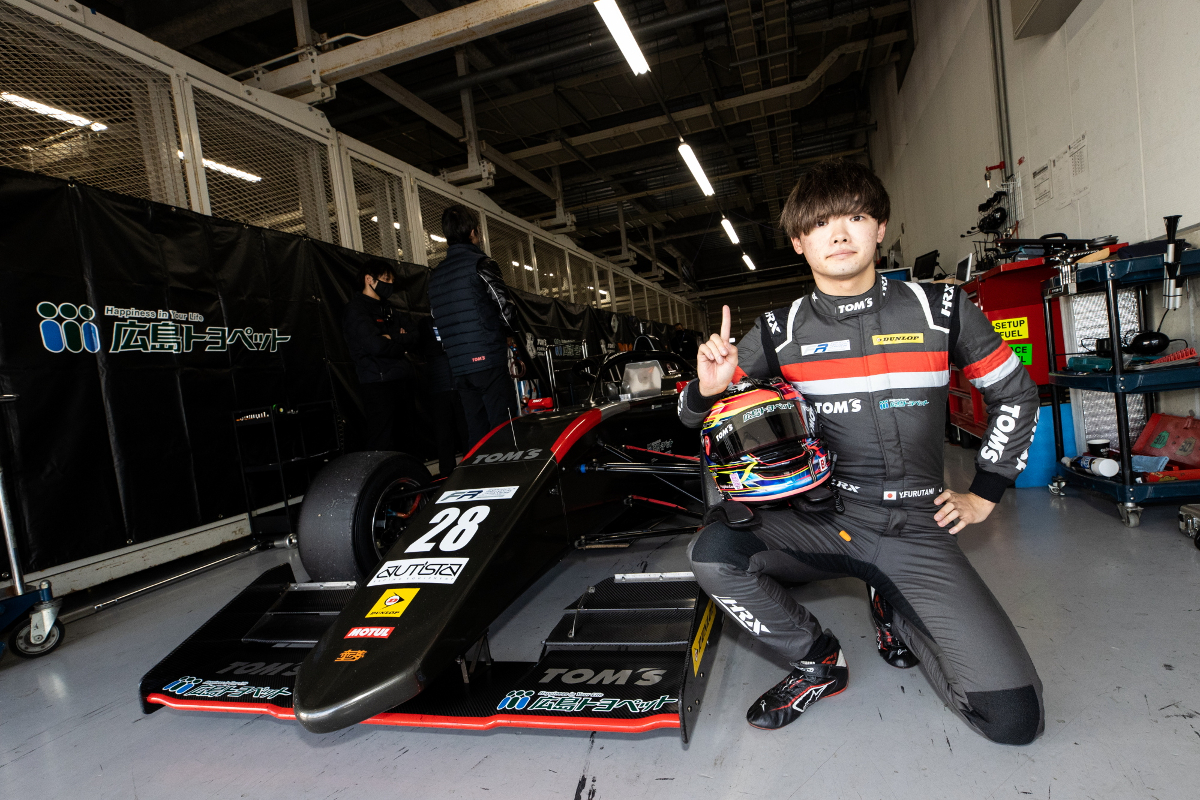 TOM’S driver Yuga Furutani sealed the Formula Regional Japanese Championship title with a race to spare at Suzuka, before ending his season with a win.

PONOS Racing’s Riki Okusa took pole for the weekend’s two races, but both he and championship leader Furutani in third made slow starts in race one and Sota Ogawa manoeuvred his way into the lead. Okusa fell to third and Furutani down to fifth, but Okusa was able to get by Tomoki Takahashi on lap two to move up to second.

The top two had a pace advantage on the rest of the field, with Okusa able to stay with Ogawa while they pulled away from Takahashi by three quarters of a second per lap.

The gaps at the front of the field were cut back down as lap nine of 12 began, with the safety car coming out after DRAGON spun off at the ‘S’ Curves on the previous lap.

The field were able to resume their battles on the final lap, and Okusa tried passing Ogawa for the lead on the outside of the final chicane. He ran out of room and went off the track, but was still able to finish second.

Takahashi completed the podium, and Furutani finished fifth which was enough to be crowned champion. Further back there was a spinner at the hairpin, but they were avoided by those behind.

The car Takahashi drove was not made of carbon fibre, but of a natural fibre composite fabric. With the same rigidity as carbon fibre, it has the possibility of being lighter, less prone to shedding debris and is more environmentally sustainable.

Okusa again made a slightly slow start in race two, and Furutani on the inside of the front row moved past him by the time they reached the pit exit to occupy a lead he would then not give up.

There was an early safety car interruption this time due to barrier damage from a crash, and on the restart the top two broke away from the chasing Yusuke Shiotsu who had his Sutekina team-mate Ogawa in his mirrors.

Furutani and Okusa stayed closely matched until the final two laps, when Furutani upped his pace to put 2.6 seconds between himself and Okusa. There was drama on the final lap too as Masayuki Ueda crashed out at the back of the field.