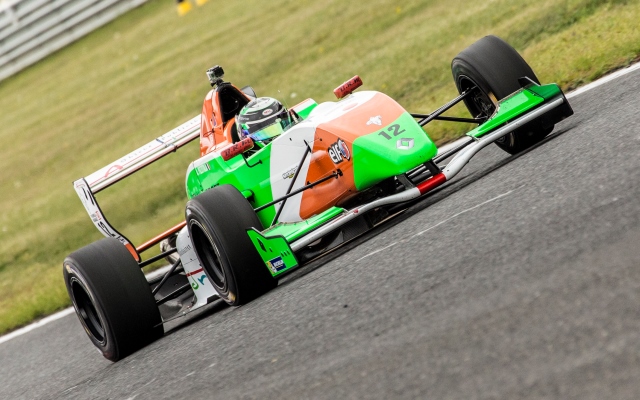 Josef Zaruba and Andrea Pizzitola topped the two qualifying sessions at the final round of the Formula Renault 2.0 NEC season at the Nurburgring.

Pizzitola will start two races from pole this weekend, with Friday afternoon’s opener having been postponed from the last round at Most and the grid being set by the top six finishers from the first race in the Czech Republic being reversed, putting the Frenchman at the head of the grid.

Zaruba claimed a surprise pole for race two, having finished no higher than tenth in races so far this season. The AVF driver was 0.034 seconds quicker than second-placed Gustav Malja. Less than a tenth separated the top four drivers in the session, with Pizzitola taking third and title contender Louis Deletraz fourth.

Championship leader Ben Barnicoat will start the second race one place behind his closest rival Deletraz, and have his Fortec team-mate Seb Morris alongside him on the third row of the grid. Standings P3 driver Steijn Schothorst was seventh ahead of Zaruba’s AVF team-mates Matthew Graham and Jules Gounon, with Ryan Tveter completing the top ten.

Malja was second again in the second session, 0.115 seconds behind Pizzitola with a late effort. The Swede split the two leading Manor MP cars, with Schothorst being forced to settle for third.

Deletraz was fourth again, with practice pace-setter Jake Hughes fifth for ART. Gounon was sixth ahead of Morris, Callan O’Keeffe, Tveter and Zaruba.

Barnicoat, who has a 12-point lead in the standings, could only manage 15th in the second session.