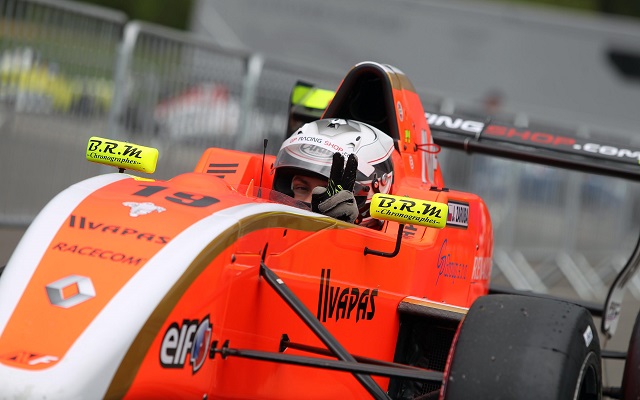 Local driver Josef Zaruba posted the quickest lap of Friday practice ahead of the penultimate round of the Formula Renault 2.0 NEC season at Most.

The Czech driver recorded the best effort of the day in the morning session, with series returnee Andrea Pizzitola finishing second, only 0.15s off the mark.

Louis Deletraz was the best of the championship frontrunners trio in third, followed by AVF trio Jules Gounon, Roy Geerts and Matthew Graham.

Only separated by three thousandths of a second, Stefan Riener and Jake Hughes, who had switched from Mark Burdett Motorsport to ART Junior Team from this weekend onwards, finished seventh and eighth respectively. The top ten was completed by Euronova’s Ukyo Sasahara and Fortec’s Seb Morris.

It was close as well between fourth and sixth place, with the difference between Gustav Malja, Morris and Eurocup Formula Renault race winner Kevin Jorg being only 0.04s.