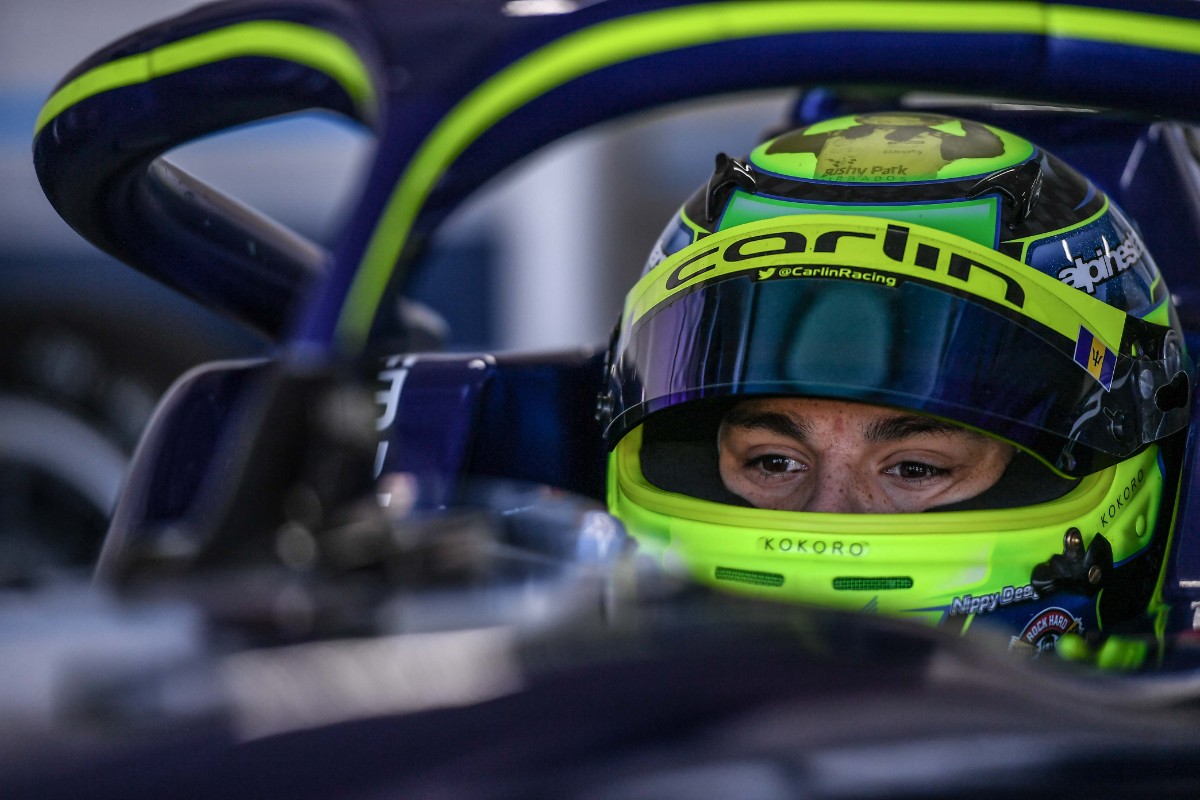 Carlin’s Zane Maloney made the most of new tyres to a set a new Euroformula track record at Paul Ricard in the final free practice session of Friday.

The Barbadian was one of the fastest on a used set early in the session, with only series returnee Lukas Dunner able to better him on the first runs.

In the final few minutes laptimes started to improve, and CryptoTower Racing Team got Dunner and his team-mate Yifei Ye to work together down the back straight to make the most of the slipstream.

This resulted in an improvement for Ye that brought him up to second place, but be was pushed back down to third with one minute to go as Maloney went better than anyone in all three sectors of the lap to go fastest by over one second. He crossed the line before the chequered flag and was able to stay out for another flying lap, where he improved again to a 1m54.128s.

Double R Racing’s Ayrton Simmons also made use of the track at its most rubbered in at the very end, and slotted into second place with a lap that was 1.221s down on Maloney’s. Dunner and Ye ended up third and fifth, with Maloney’s Carlin team-mate Ido Cohen also optimising his fresh set of tyres to go fourth fastest.

Maloney’s gap meant there was a two second spread over the top 10, with Simmons’ team-mate Matthias Luethen propping up the order. The German driver was given permission to compete in free practice despite currently not planning to race this weekend.