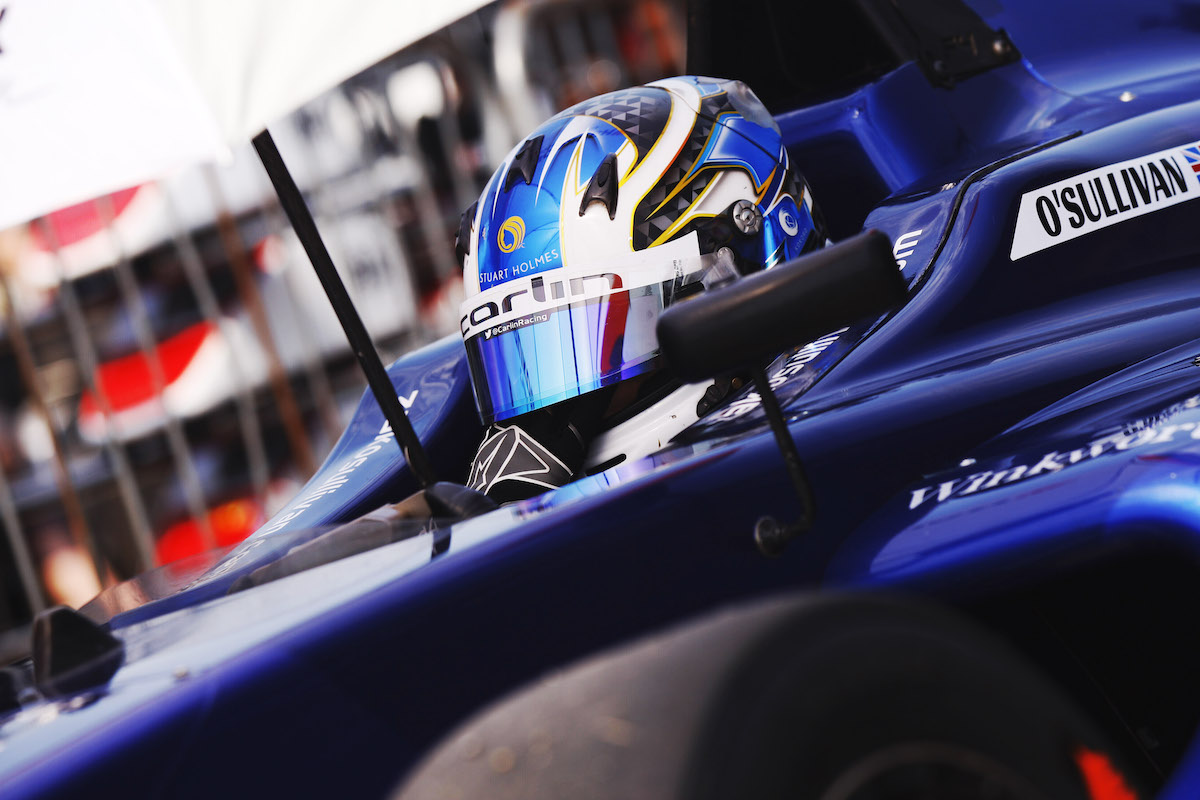 British Formula 4 championship leader Zak O’Sullivan set the pace during practice ahead of the third round of the season.

O’Sullivan was one of four drivers to set a laptime below 1m24s around the Oulton Park island circuit, ending the day with a 1m23.703s time.

Times during the morning session were hampered by heavy rain at Oulton, making for the first wet running of the season.

Alex Connor set the pace during the morning, managing a 1m36s.033s lap in the closing stages of the session. O’Sullivan was second quickest ahead of Roman Bilinski and Roberto Faria.

The session was red-flagged just before the halfway point after Nathanael Hodgkiss ran off track. The JHR Developments driver could only manage six laps during the session, compared to the 19 completed by Connor and Abbi Pulling.

He was able to get back out for the second session, which began in wet conditions but a drying racing line allowed laptimes to tumble.

Luke Browning was one of the first drivers on track and topped the order after the opening 10 minuets but fell backwards as others improved.

James Hedley and Connor both briefly topped the times before Stevenson jumped to the top with a 1m23.720s lap in the closing stages of the session.

A flurry of quick times in the final laps shook up the order again, putting O’Sullivan back on top.

Stevenson was second quickest, falling just 0.017s short of O’Sullivan’s time. Connor had to settle for third overall ahead of Browning.

Roman Bilinski was eighth quickest but completed the most laps over the course of the day, ending the FP2 with 45 laps total. Connor, Pulling, and ninth placed Frederick Lubin also completed more than 40 laps each.