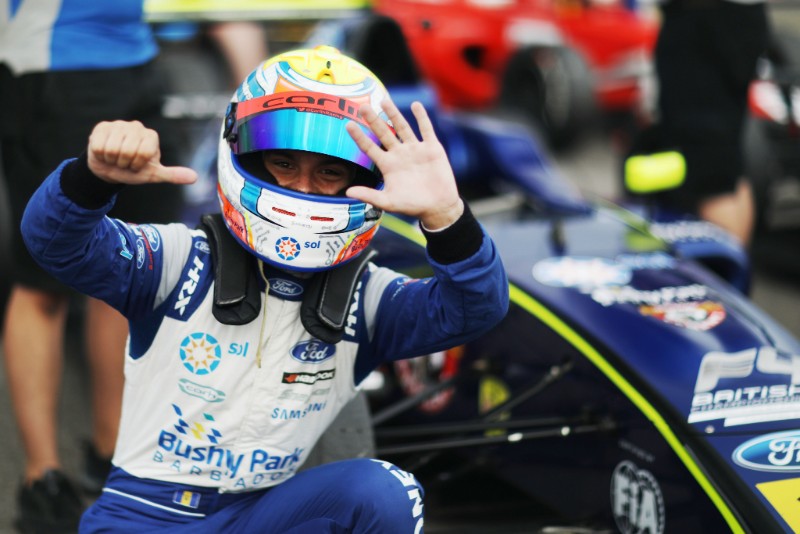 Zane Maloney will move up to Euroformula for his second year in single-seaters, sticking with the Carlin team that ran him to the 2019 British Formula 4 title.

The 16-year-old won 10 races on the way to the F4 title, which he achieved as a car racing rookie, and has done some testing with Carlin in one of its Dallara F312 cars – which will be replaced by the new Dallara 320 in the championship this year.

?It feels great to continue the relationship with Carlin,? said the Barbadian.

?Last year was amazing and I hope to build on this momentum and to perform strongly in Euroformula.

“I have been working really hard in the off-season with the team, my trainer Dominique and Kokoro Performance in order to take it to another level. I?m ready for the challenge!?

Carlin won two Euroformula races last year, the first of them being Billy Monger’s historic Pau Grand Prix success. Maloney in the second confirmed driver for the 2020 Euroformula grid, although several other teams are believed to be close to revealing their first signings.

?We are thrilled to work with Zane again for another season,? Carlin team principal Trevor Carlin said.

?He is an incredibly talented driver, as his Formula 4 results prove, and a hard worker within the Carlin team.

“We have no doubt that Zane will be an asset to the team and will be one to watch from the very start of the Euroformula season ? we can?t wait to see what he can achieve this year.?