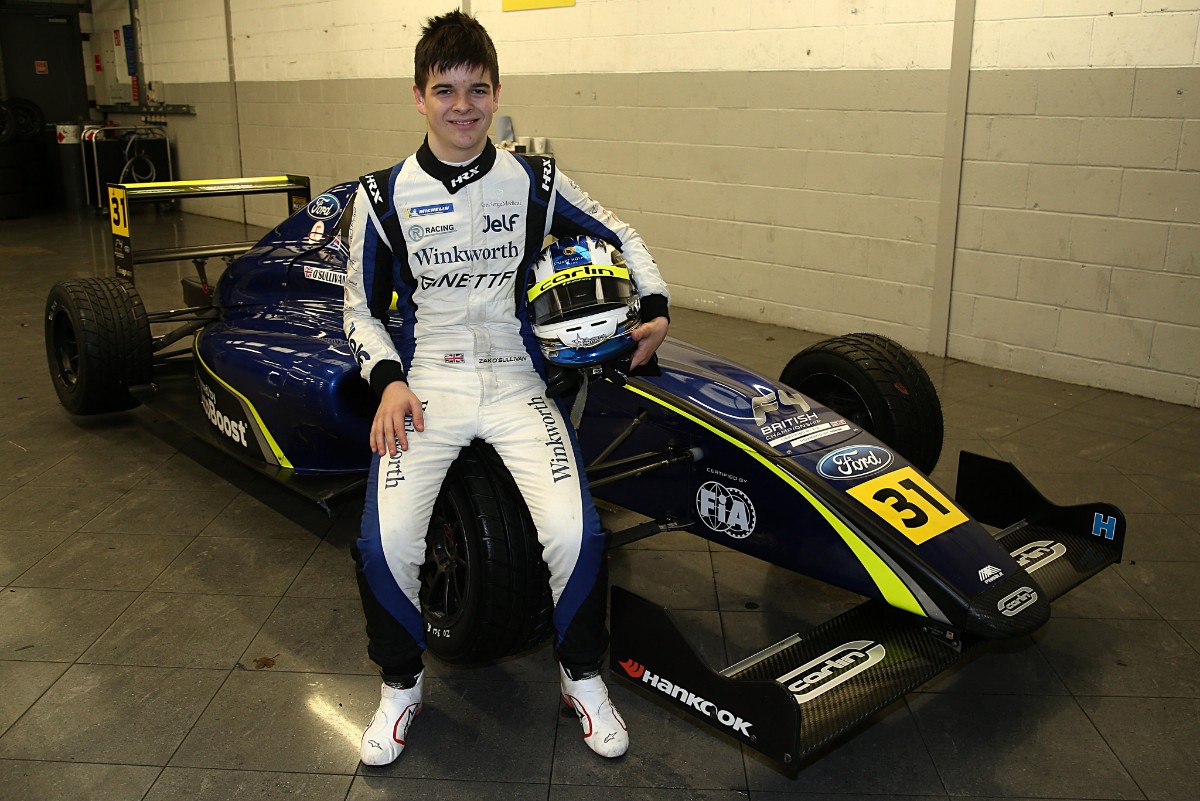 Carlin’s quartet of drivers for the 2020 British Formula 4 season has been completed by reigning Ginetta Junior rookie champion Zak O’Sullivan.

The 14-year-old raced karts internationally with Ricky Flynn Motorsport, and was runner-up in the 2018 German junior championship, before switching to car racing last year in Ginetta Junior with R Racing.

He won three races and finished second in the standings, the top rookie in the points by some margin, and ended his year by joining Carlin for the inaugural British F4 Scholarship.

?I competed in international karting for two years and it was very challenging to strike the right balance between my studies and racing,” said O’Sullivan.

“Competing and testing in the UK will make that much easier [in 2020]. The opportunity to join Carlin was also a major influencing factor.

“Learning and progressing is very important and I am still developing as a driver, so getting the opportunity to work with an established team such as Carlin will undoubtedly help with that process.

?I?ve done some testing with them and I already feel very much part of their F4 squad.

“If I perform well there is an opportunity to progress with the team, as they are involved in everything up to and including Formula 2.?

?I will be a rookie again next year but I hope I can develop quickly and get some good results for the team. I will start testing in earnest in February and I?m really looking forward to the challenge ahead.

?I?m not complacent and I?m certainly not making any predictions. It will be tough and competitive and I will have to work hard to achieve success.

“Working with Carlin and Kokoro Driver Performance, I have the ideal framework to progress. It?s now up to me.?