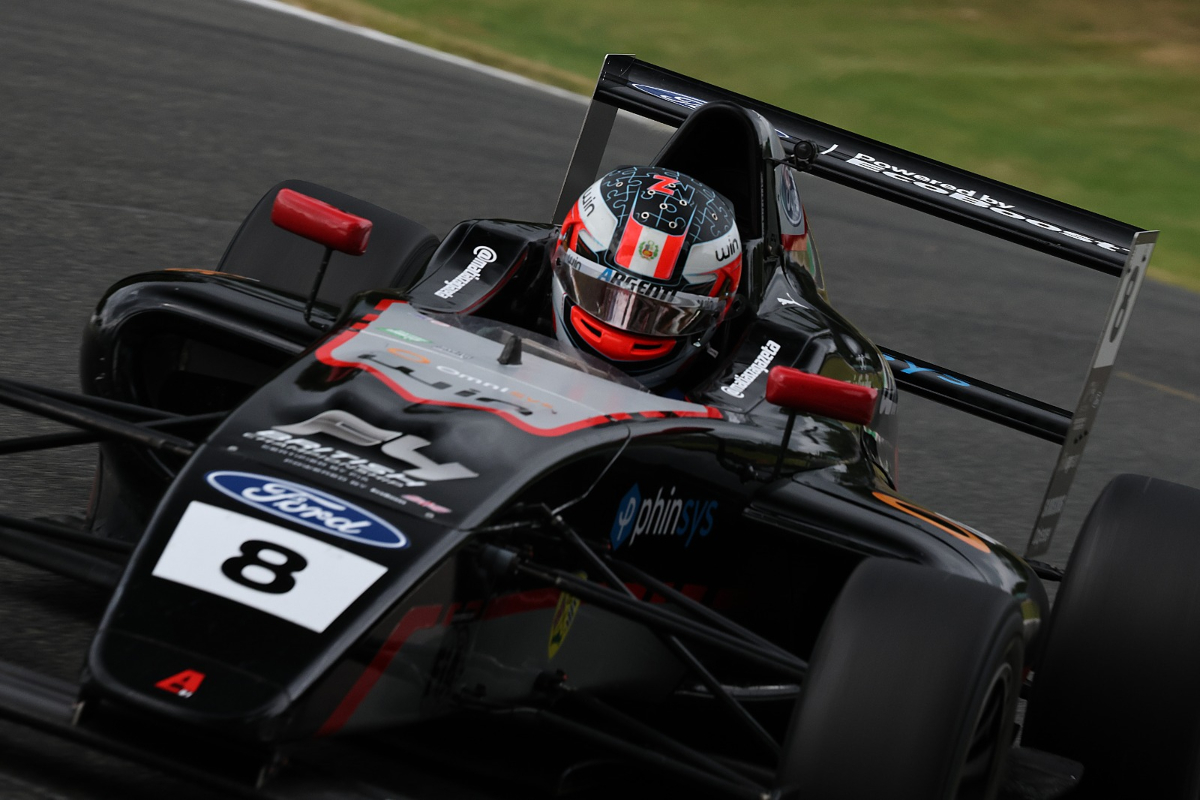 Argenti Motorsport’s Zagazeta spent much of the session running at the sharp end of the order. Abbi Pulling and Matthew Rees would briefly knock him off the top spot but a 49.353s lap late on secured his place at the top of the order.

His final lap of the session was just 0.004s off his best – and the closest anybody got to beating his pole position time – and secured pole for the final race of the weekend.

Hedley set his fastest time of the session as he took the chequered flag, but was 1.145s off the pace set by Zagazeta and it left him bottom of the order.

The result does mean the Fortec driver will start on pole for the reversed grid race two of the weekend, but will have to climb up through the order in races one and three. He starts alongside Arden’s David Morales for race two.

At the front of the order, Eduardo Coseteng was fourth quickest ahead of Argenti team-mate Aiden Neate, who was flying early in the session, and Pulling.

Dougie Boulger was seventh quickest overall, but his second fastest laptime was enough to put him in the top five on the grid for race three.

Reews topped Friday’s practice session with a 49.334s lap, 0.008s ahead of Granfors and with a top five covered by less than a tenth of a second.