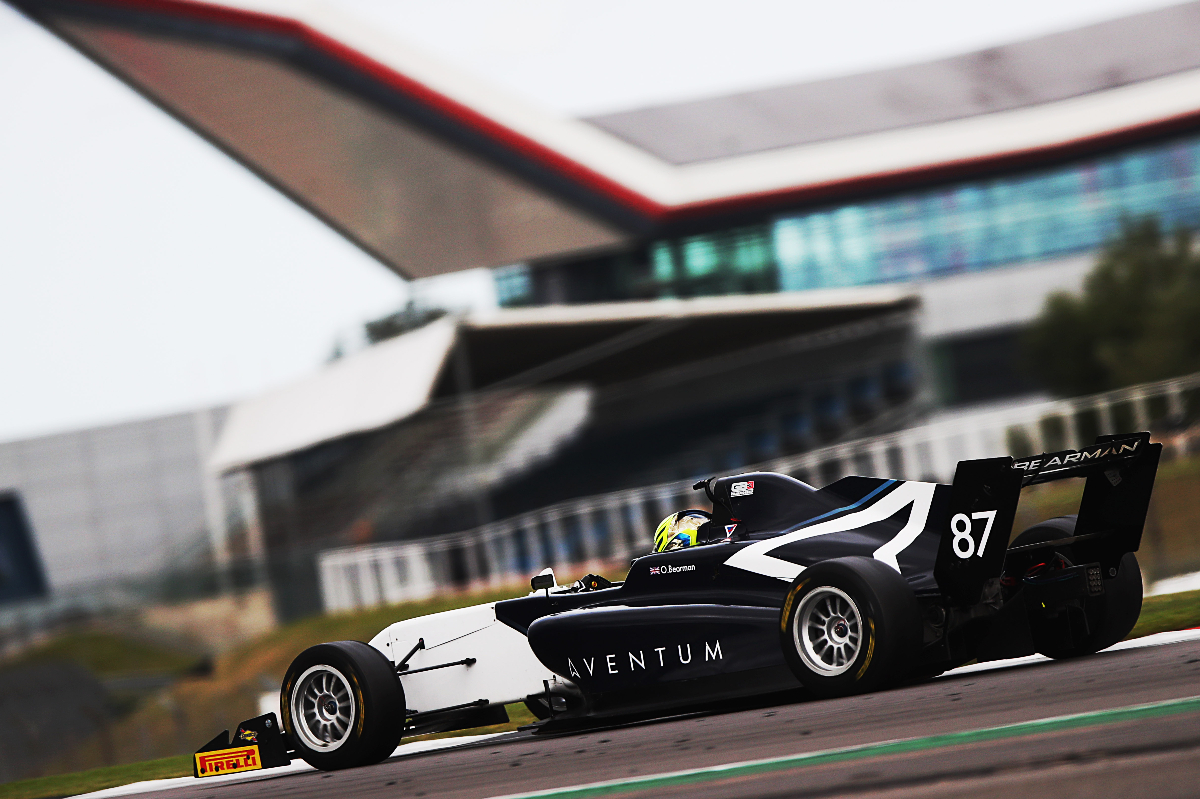 Ollie Bearman and Ayrton Simmons took a pole each in a wet GB3 qualifying on Silverstone’s Grand Prix layout.

Rain arrived at the start of the session, with drivers initially venturing out on slicks before times tumbled in the final few minutes after everyone pitted for wet tyres.

Championship leader Zak O’Sullivan led the way early on with a time of 2m15.385s for Carlin, before Bearman knocked over two seconds off the benchmark for Fortec.

O’Sullivan leapt to the top of the timesheet in the closing stages after finding over a second, before Simmons went even quicker.

The Chris Dittmann Racing driver found more than half a second on his next lap to extend his advantage, before Bearman’s late effort of 2m07.074s secured race one pole ahead of Simmons.

Several other drivers improved as the chequered fell, with Arden’s Frederick Lubin moving into third.

An impressive performance secured fourth for Jonathan Browne on his series debut for Hillspeed, less than a second off Bearman’s time.

Simmons took pole for race two, based on drivers’ second-fastest times, ahead of Bearman, Faria and O’Sullivan.

Reema Juffali is not taking part this weekend due to a family bereavement, with Douglas Motorsport running one car only for Tommy Smith.