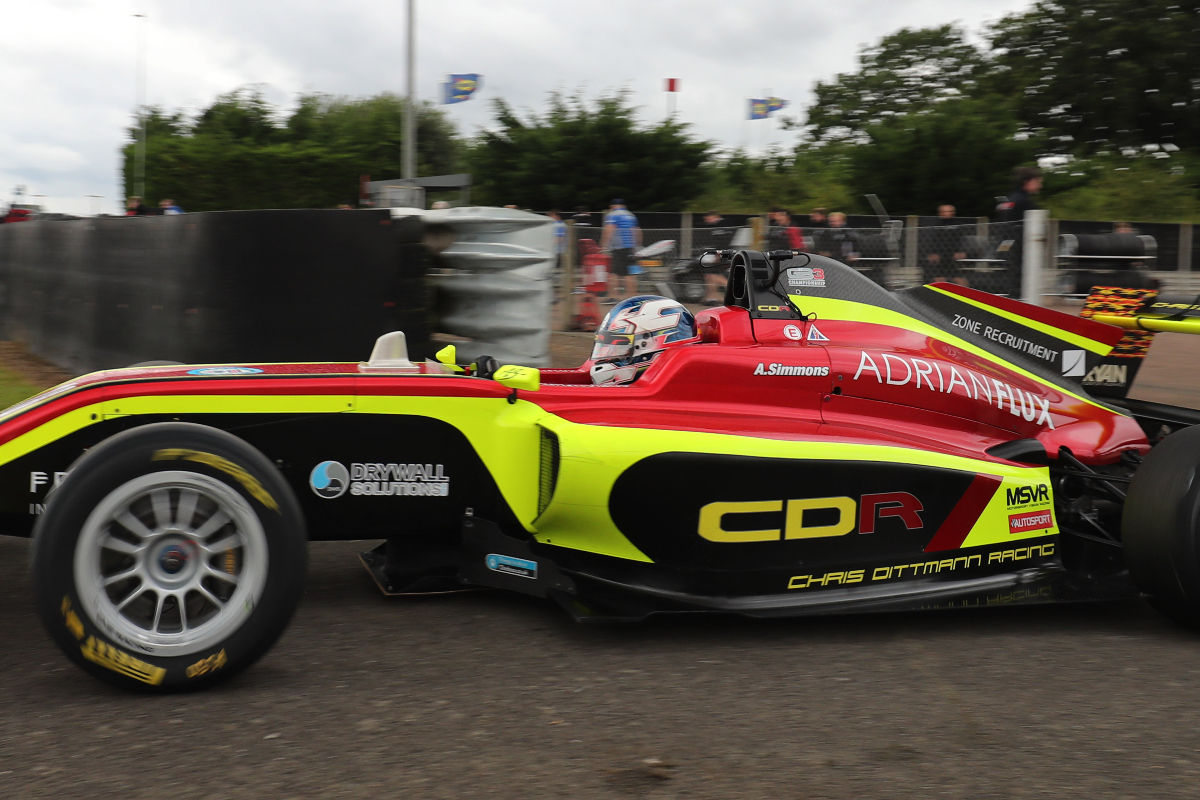 Bearman started from pole for Fortec, but it was Simmons who led into Copse at the start for Chris Dittmann Racing.

Things got worse for Bearman into Copse next time by, with his rear-left wheel sheering off – ending his race – and several cars having to take avoiding action behind.

Debutant Jonathan Browne was promoted to second for returning team Hillspeed, before the safety car was deployed to recover Bearman’s car.

Simmons pulled away by a second at the restart, while Fortec’s Roberto Faria snatched third from Carlin’s Christian Mansell.

Faria passed Browne for second before the end of the lap, and started to edge closer to Simmons in the latter stages.

But the Brazilian had to settle for second, with Simmons taking his first win since the reversed-grid race at Silverstone in June.

Browne held on to score a podium in his first race in slicks-and-wings racing in third, ahead of Mansell. Frederick Lubin was fifth for Arden ahead of CDR’s Branden Lee Oxley.

Roman Bilinksi made up places to finish eighth for Fortec ahead of Elite Motorsport duo Tom Lebbon and Javier Sagrera.

Points leader Zak O’Sullivan (Carlin) suffered a puncture after contact with Sebastian Alvarez (Hitech), which left the latter with front wing damage and requiring a pitstop. O’Sullivan’s title rival Reece Ushijima also had trouble and finished one position ahead in 14th, but over 41s clear.