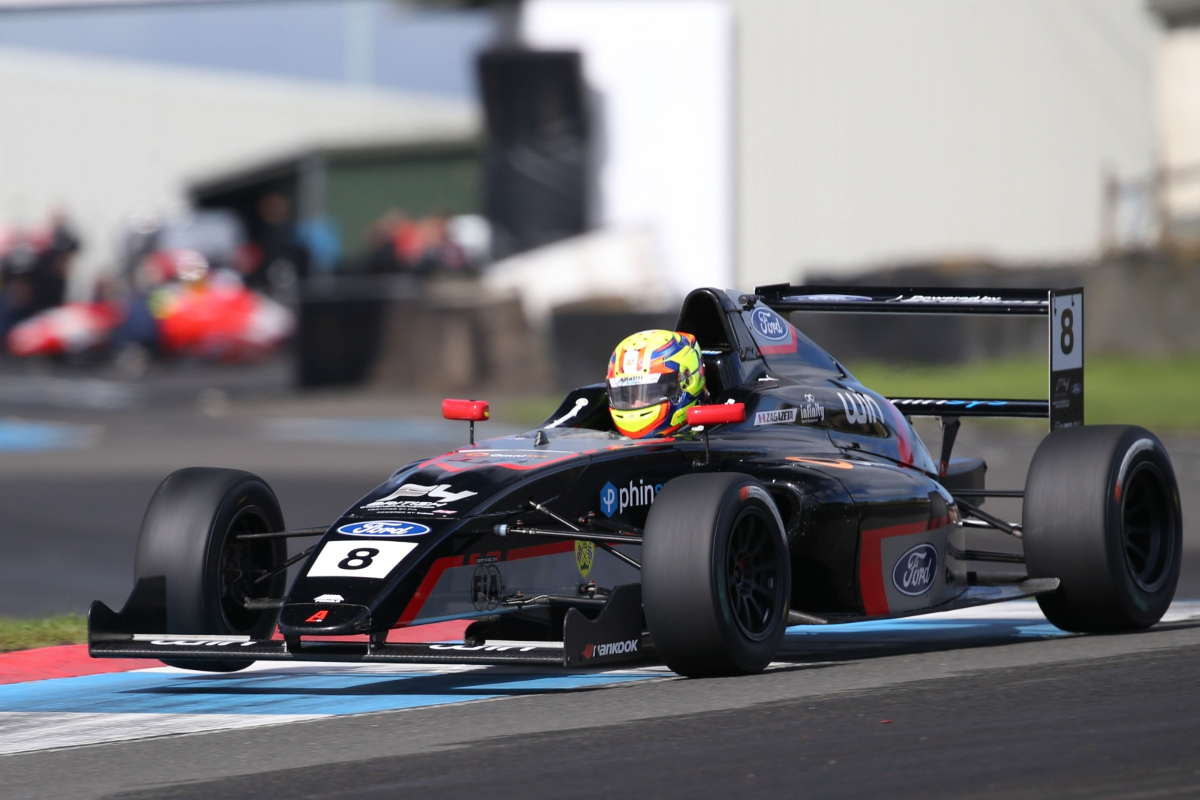 Matias Zagazeta controlled a truncated opening British Formula 4 race at Knockhill to take his second win of the season.

The race was red flagged with just under three minutes on the clock as Arden’s Zak Taylor came to a stop on track.

It was the second incident to pause racing during the 20-minute session, as an earlier accident brought out the safety car.

Zagazeta got a good start from pole and immediately set about building a gap to the rest of the order.

Fortec Motorsports’ Joel Granfors in second place couldn’t stick with the race leader and had fallen to 1.380 seconds behind Zagazeta when the safety car was brought out just before the midpoint of the race.

An incident between Abbi Pulling and Marcos Flack sent the latter into the wall at Clark’s and left Pulling with damage to her front wing.

Racing resumed with just over seven minutes left on the clock. Again, Granfors was unable to stick with Zagazeta, but managed to pull comfortably away from third placed Matthew Rees.

Zagazeta had managed a gap of 0.6s when the race was halted.

Further down the order, Aiden Neate ran into the gravel at McIntyres after an incident with Tasanapol Inthraphuvasak. Moments later Taylor, who had already spun earlier in the race, came to a stop on track, bringing out the red flag.

Zagazeta took the victory ahead of Granfors and Rees, who had challenged Granfors early in the race.

Eduardo Coseteng took fourth, and Joseph Loake managed to avoid the drama around him – which included a trip through the gravel for Douie Boulger – to finish fifth ahead of Inthrahuvasak, Kai Askey and McKensy Cresswell.

Oliver Gray and James Hedley completed the top 10, with points leader Hedley coming from the back of the grid.