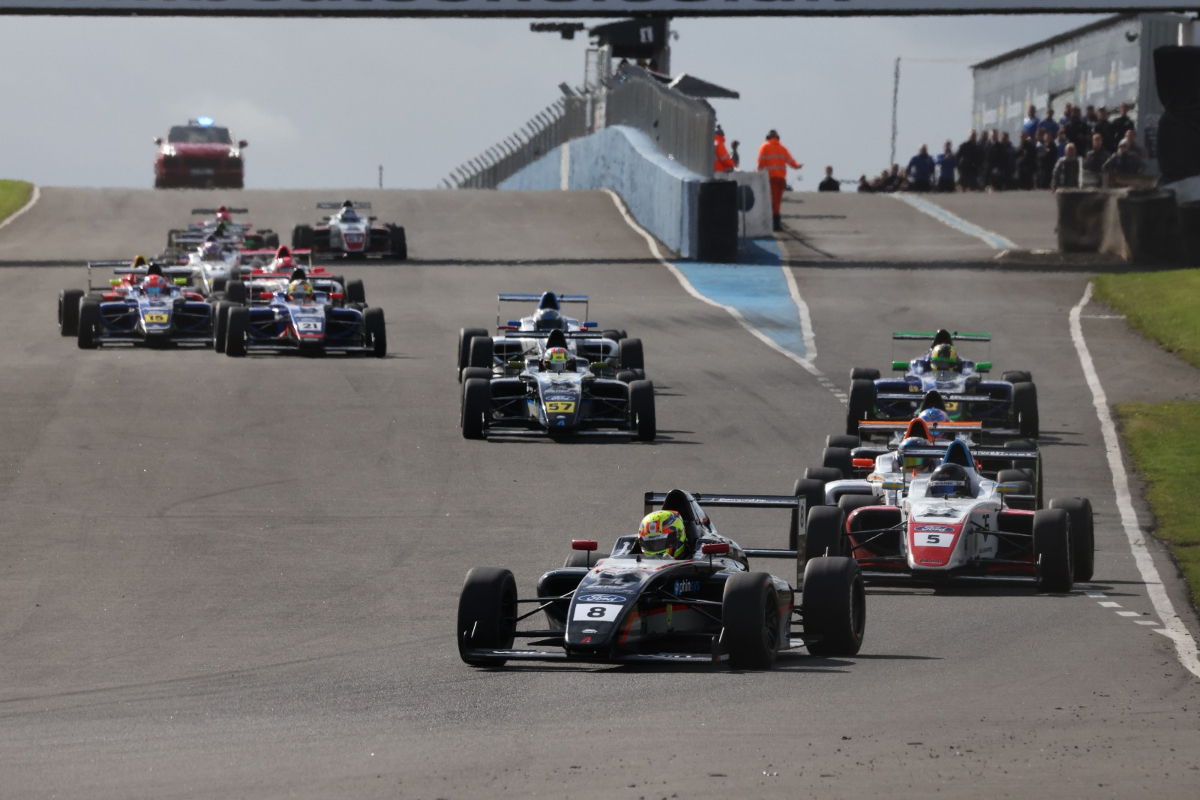 It was a relatively quiet race for Zagazeta, who got a good start from pole to give himself a small gap back to Granfors.

The Fortec driver would quickly reel him back in, setting the fastest lap of the race in the process, but Zagazeta offered no opportunity for Granfors to make a move.

The air were separated by less than a half a second by the finish of the 25-lap race.

Matthew Rees had a lonely race in third place. He ran side-by-side with Dougie Bolger early on, and that battle allowed the top two to escape up the road. Rees would never close the gap, but he soon shook off Bolger and finished almost five seconds ahead of the battle for fourth.

It was enough to put him in the lead of the championship standings after a difficult race for pre-race points leader James Hedley.

Issues in qualifying meant he started from the back of the grid, and actually missed race two earlier in the day, but he was making good progress early on in race three and looked set to make it into the points. A brief off dropped him back to the back though, and he managed to climb back up to 11th. He leaves Knockhill having scored one point over the weekend.

It was a strange end to the race for Bolger. He had spent most of the race defending hard against Abbi Pulling, and the two were running side-by-side as they approached the start-finish line after the clock hit zero.

They were initially timed as having completed the race, but the field continued to battle and Pulling managed to get past Bolger for fourth on this second final lap after a small mistake from him.

There was little drama in the race, though a number of cars came into the pits late on including Oliver Gray, who was set for a strong finish.

Joseph Loake and Zak Taylor did tangle, with Arden’s Taylor turning in slightly early while battling to keep JHR’s Loake behind and was turned around. The incident was cleared under yellow flags.

Aiden Neate took sixth after a poor start dropped him back from third on the grid, with Eduardo Coseteng and Kai Askey close behind at the end.