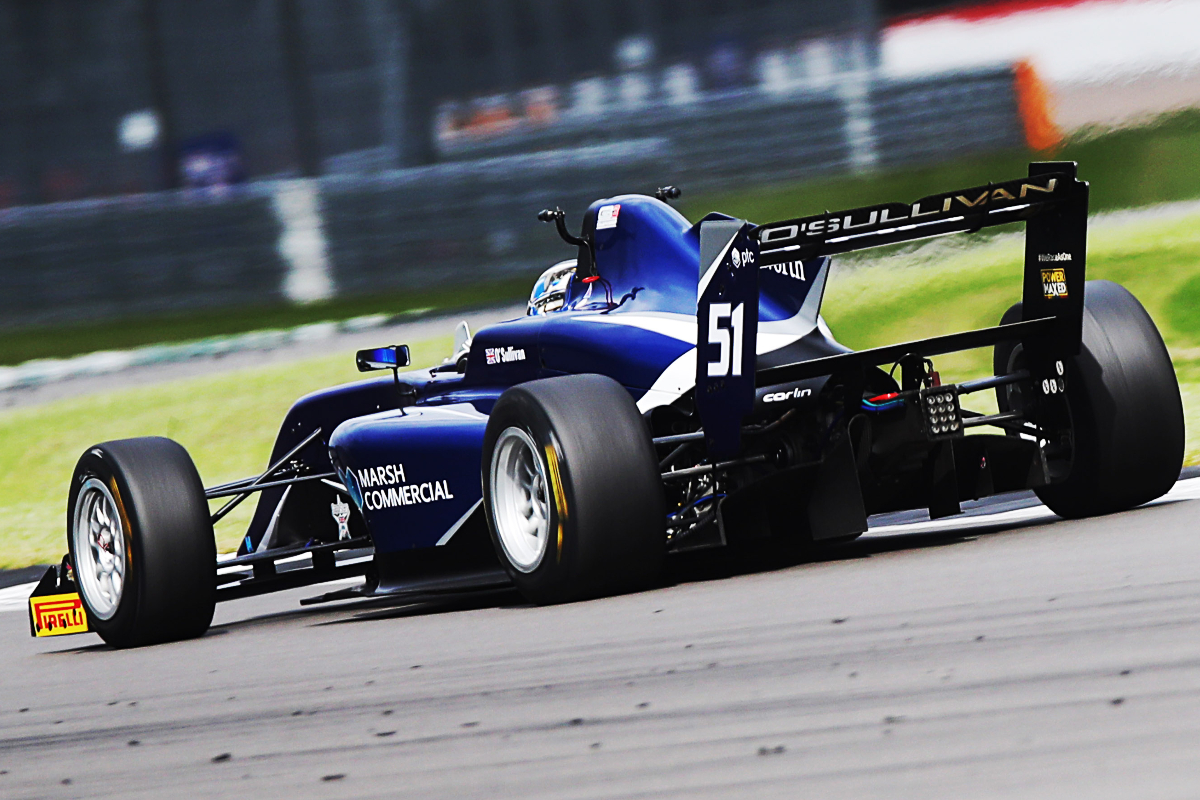 Zak O’Sullivan extended his GB3 points advantage with victory in the final race of the weekend at Silverstone after title rival Roberto Faria retired from the lead in a collision.

Fortec’s Faria, who had moved into second in the standings after race two, hustled reversed grid polesitter Roman Bilinkski for the lead in the early stages of the race on Silverstone’s Grand Prix layout.

The Brazilian took the lead into Chapel after going side-by-side with Bilinkski through Maggotts and Becketts, but the pair collided after the Arden driver tried to fight back into Stowe.

Faria was out on the spot, while Bilinski crawled back to the pits with a puncture before retiring.

That handed the lead to O’Sullivan, who had worked his way up from sixth to third in the early stages, and the Carlin driver pulled out an 8.3-second lead by the chequered flag.

Tom Lebbon was sixth for Elite Motorsport, with Hitech’s Reece Ushijima just 0.2s behind after recovering from 16th.

Carlin duo Bryce Aron and Christian Mansell were eighth and ninth, with Frederick Lubin taking 10th for Arden. Mansell moves back to second in the standings after Faria’s retirement, but is now 110 points back from O’Sullivan.

Ayrton Simmons, who won the weekend’s other two races, finished 12th for Chris Dittmann Racing after making a bad start from 13th.