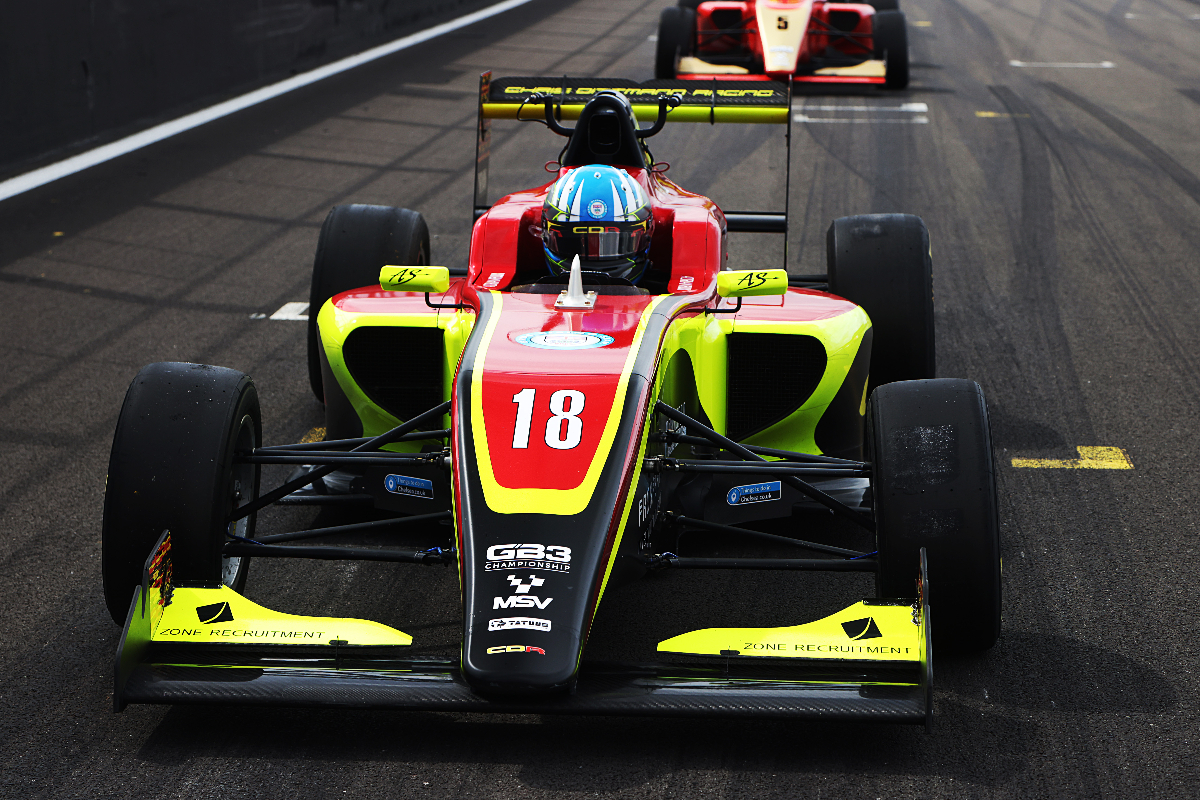 Ayrton Simmons took his second GB3 win of the weekend after leading from start to finish in race two on Silverstone’s Grand Prix layout.

The Chris Dittmann Racing driver led away from pole at the start, initially building a small advantage, before Fortec’s Ollie Bearman closed to within 0.4 seconds.

Roberto Faria (Fortec) and Zak O’Sullivan (Carlin) joined the lead train, as the top four broke away from the rest.

Simmons set the fastest lap at the halfway stage to pull out a second lead, with Bearman responding by lapping quicker on the next tour to close the gap once more.

Simmons held on to take victory by 0.676s, despite Bearman recording the fastest lap at the finish.

Faria took the final podium spot ahead of O’Sullivan, who extended his points advantage over the Brazilian who is now up to second in the points.

CDR’s Branden Lee Oxley put in an impressive defensive drive against Hitech GP’s Bart Horsten and Elite Motorsport’s Tom Lebbon for most of the race, but Horsten snatched fifth on the final lap through Maggots and Becketts.

Lebbon dropped down to 15th on the final tour, enabling Elite’s Javier Sagrera to take seventh ahead of Hitech’s Reece Ushijima, who climbed from 14th to eighth on that last lap.

Roman Bilinski climbed from 13th to move past his Arden team-mate at Maggotts into the top 10, but dropped to the back before the chequered flag.