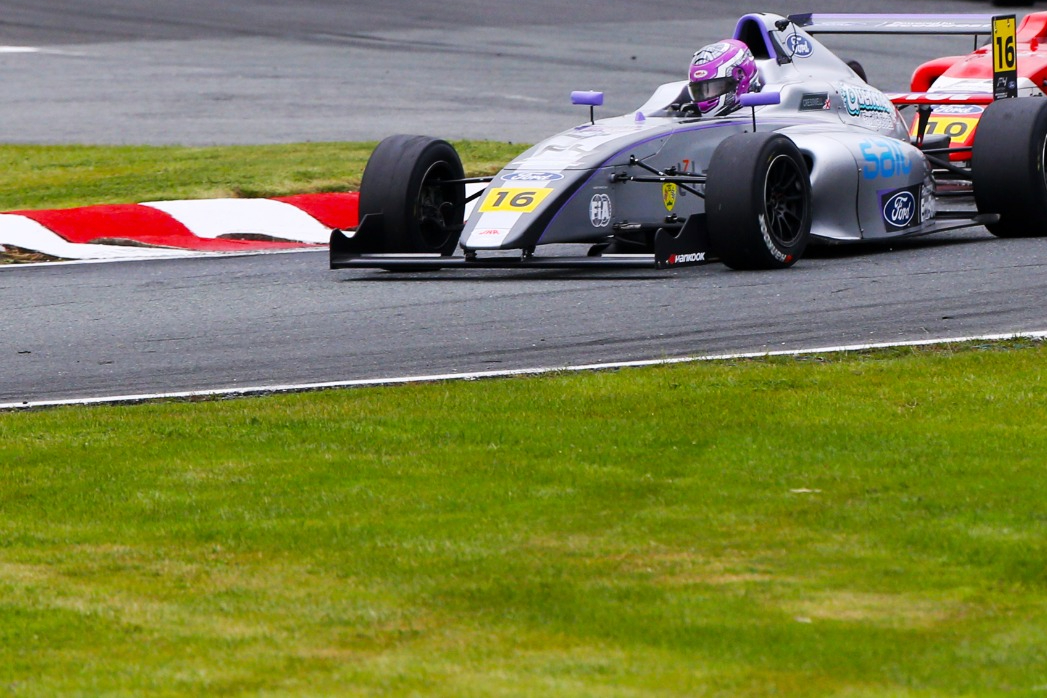 The race was delayed due to fog which limited visibility during running, but a mature drive from Cresswell allowed him to climb up from the second row of the grid to take the win.

There was a casualty before the start of the race as a mechanical problem meant James Hedley had to be pushed off the grid after he was set to start on pole.

The incident left Cresswell in third when the lights went out and he soon jumped Marcos Flack to take second.

A move around the outside of the chicane allowed Cresswell to sweep past front-row starter David Morales and into the race lead, but he wouldn’t be able to shake the Arden driver.

Cresswell, Morales and Zak Taylor began to pull away from the rest of the field. It was only once they had a gap to the fight for third that Taylor began to challenge Morales for second.

While the driver’s behind fought, Cresswell edged out a gap of 2.5 seconds and took the victory to move up to third in the standings.

Taylor would find a way past Morales to take second, while Moralas dropped back into the fight behind. He found himself under pressure from Kai Askey late on, the Carlin driver having already made quick work of Flack and then clearing Morales, and he brought team-mate Tasanapol Inthraphuvasak with him.

Morales would come home fifth, behind Inthraphuvasak and ahead of Joseh Loake and Oliver Gray.

Hedley wasn’t the only title contender to run into trouble.

His main title rival Matthew Rees started from the tail end of the grid and hadn’t made too much progress when he collided with Joel Granfors midway through the race. Aiden Neate was also caught up in the incident, and they tumbled to the back of the order but were able to get going again without the need of a safety car interruption to the race.

Matias Zagazeta sent much of the race battling Abbi Pulling at the tail end of the top 10. Pulling had been battling Dougie Bolger, which put her offline and opened the door for Zagazeta. He came through, but Pulling fought back and was able to take Zagazeta and Bolger in a handful of corners.

She finished eighth, with Zagazeta following her past Bolger for ninth.