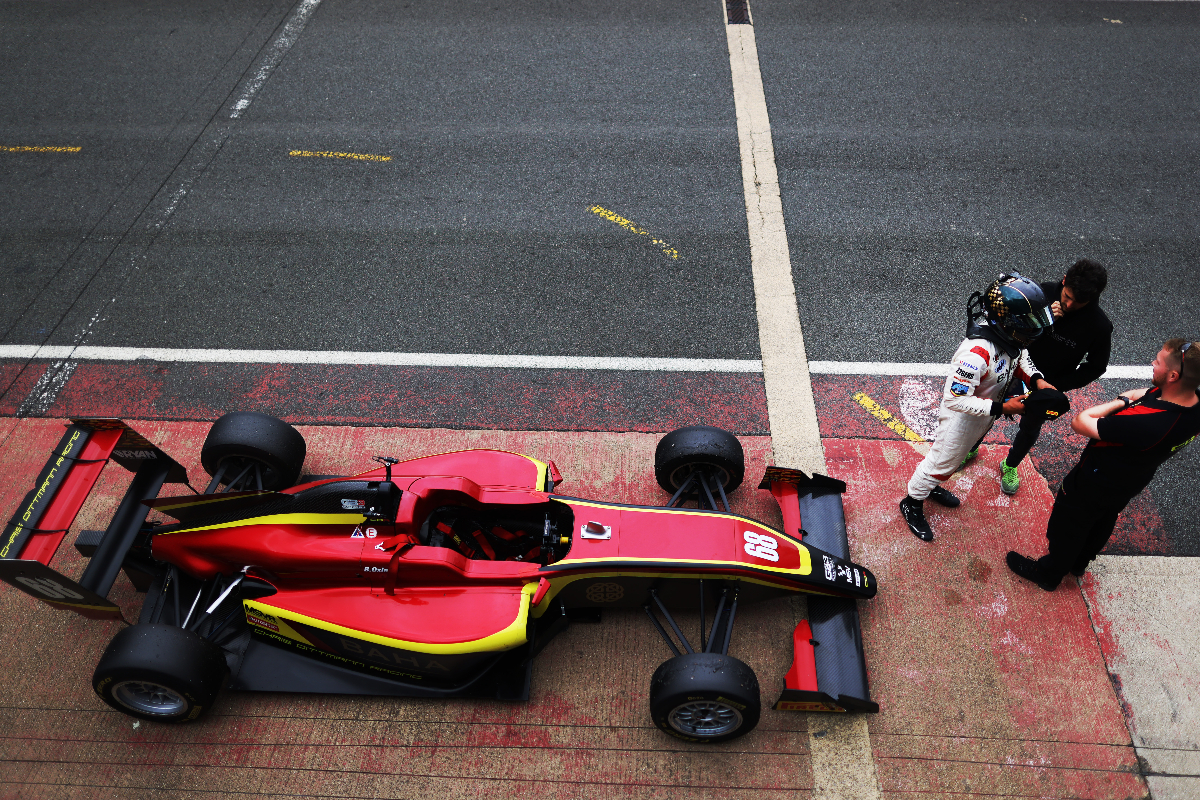 Branden Lee Oxley has been excluded from the results of the third GB3 race at Silverstone after being deemed at fault for an incident with Roberto Faria and Roman Bilinski.

The Chris Dittmann Racing driver finished in second behind Carlin’s Zak O’Sullivan, marking his first podium finish in single-seater racing since debuting at the start of this year.

He rose up into second after Fortec Motorsports’ Faria and Arden’s Bilinski had earlier retired following a collision while they contested the lead.

Christian Mansell has been promoted to eighth in the amended results, thereby scoring an extra two points as one point is awarded for each position gained from a driver’s starting place, with O’Sullivan now holding a 108-point lead over his Carlin team-mate.

Carlin’s third driver Bryce Aron now sits 12th in the standings, one point behind Arden’s Frederick Lubin, following the change to the race three results. Both remain in title contention though with two rounds to go.

Oxley meanwhile drops to 20th in the championship table, behind Douglas Motorsport’s absent Reema Juffali, and only one place ahead of Jonathan Browne who made his debut at Silverstone with the returning Hillspeed team and finished third in his first ever slicks-and-wings race.