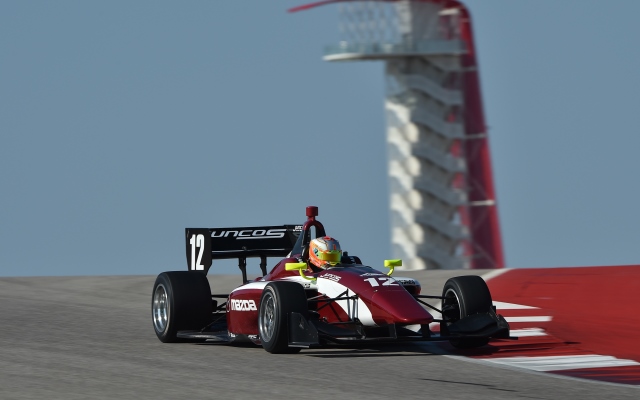 Canadian youngster Zach Claman DeMelo will race in Indy Lights next year with Juncos Racing, the team that took Spencer Pigot to the 2015 title.

He makes the move into Lights from the MSV Formula 3 Cup in Britain, where he claimed eight wins from eight starts in a Carlin-run Dallara F308 at Snetterton, Brands Hatch and Silverstone towards the end of this year.

Working with burgeoning British junior driver management firm Infinity, he had tested with Carlin’s European F3 team at the end of 2014 and then entered four Formula Renault 2.0 events in Europe with best results of 11th before switching his attention back to F3.

In karting, he was Canadian Rotax Senior champion and third in the world finals in 2014.

His Lights deal with Juncos comes after taking part in the recent test at the Austin grand prix circuit.

?I?m very happy about being given the opportunity to work with Juncos Racing,? he said.

“I get along very well with all the guys and I think we work well together.

“I?m looking forward to a strong season and showing everyone what we are capable of as a team.?

“Everyone is excited to see what he can do come St. Petersburg.”

Juncos previously announced that it would retain Kyle Kaiser for the 2016 season.