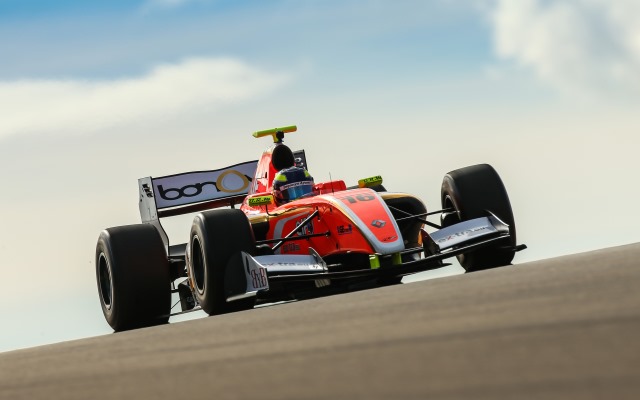 AVF Formula 3.5 V8 recruit Tom Dillmann emphasised his pace ahead of 2016 by setting a record time as the two-day Barcelona test concluded.

The single-seater veteran topped both sessions on Tuesday with his quickest lap coming in the morning – a 1m29.562s.

That was underneath the time set at the end of 2012 by Kevin Magnussen in his first drive for DAMS, the team with which he went on to win the 2013 title.

Dillmann’s afternoon time was nine tenths of a second slower.

Second to the Frenchman on both occasions was Formula Renault 2.0 graduate Kevin Jorg, rounding out an impressive run of post-season tests across F3.5V8 and GP3.

Driving for Lotus, Jorg was more than eight tenths adrift of Dillmann in the morning before closing to 0.134s away in the afternoon.

Aitken’s fellow Fortec driver Louis Deletraz was fifth fastest for the day, having gone fourth in the afternoon behind Aitken.

Josef Zaruba – an AVF regular in FR2.0 but making his 3.5-litre debut in a single car fielded by Pons – was fifth in the morning ahead of Markus Pommer, who moved from Arden to series newcomers RP Motorsport.

Monday pacesetter Jake Hughes was fifth in the afternoon, having been 10th in the morning behind Spirit of Race duo Vladimir Atoev and Matevos Isaakyan and his own Carlin team-mate Pietro Fittipaldi.

Ferrari junior Antonio Fuoco joined the test for his first time in a 3.5 car for over two years, taking over from Pommer at Arden, and after being 15th and last in the morning he took ninth in the afternoon behind Roy Nissany, Celis and Fittipaldi.