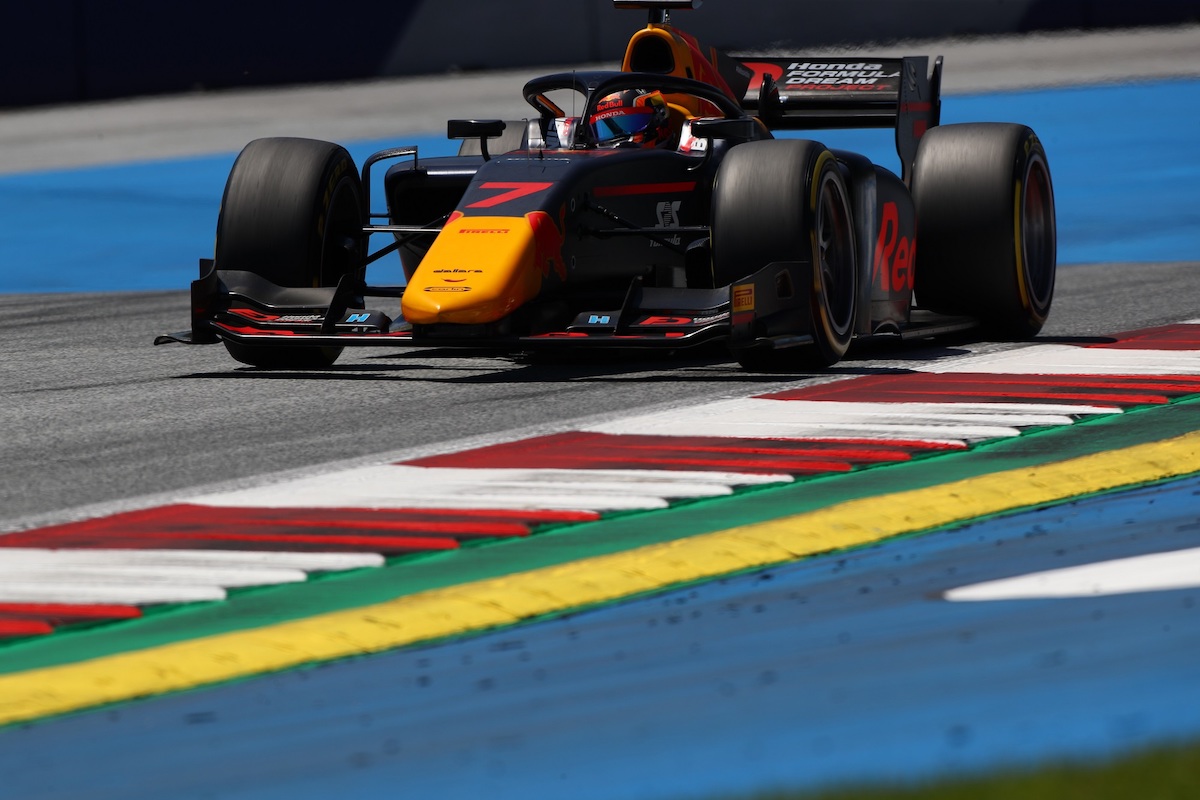 Tsunoda topped practice for the second successive Friday, but this time was able to convert that practice pace into qualifying as he scooped Carlin’s first pole since Baku last year.

The Japanese driver was fastest after the first qualifying runs and that time kept him at the top of the leaderboard until the end of the 30-minute session.

Renault junior Zhou was forced to put in a late flyer to haul himself onto the front row after he had to abandon his penultimate flying lap when he encountered a slow-moving Mick Schumacher at Turn 3.

The Prema duo elected to run during the gap, but both of its drivers improved on their second runs, with Schumacher recovering from his practice crash to qualify ninth.

Reigning Euroformula Open champion Marino Sato (Trident) just missed out on a space in the top 10 and will line up in 11th place, sharing the sixth row of the grid with ART Grand Prix’s Marcus Armstrong.

Roy Nissany backed up an improved qualifying performance for Trident in 13th place ahead of MP Motorsport’s Nobuharu Matsushita – winner of last year’s feature race at the Red Bull Ring.

Charouz Racing System drivers Pedro Piquet and Louis Deletraz struggled to 17th and 18th in the session, and both will drop one further place after they had wet tyres fitted while driving to the pitlane before the earlier practice session – a breach of the regulations.