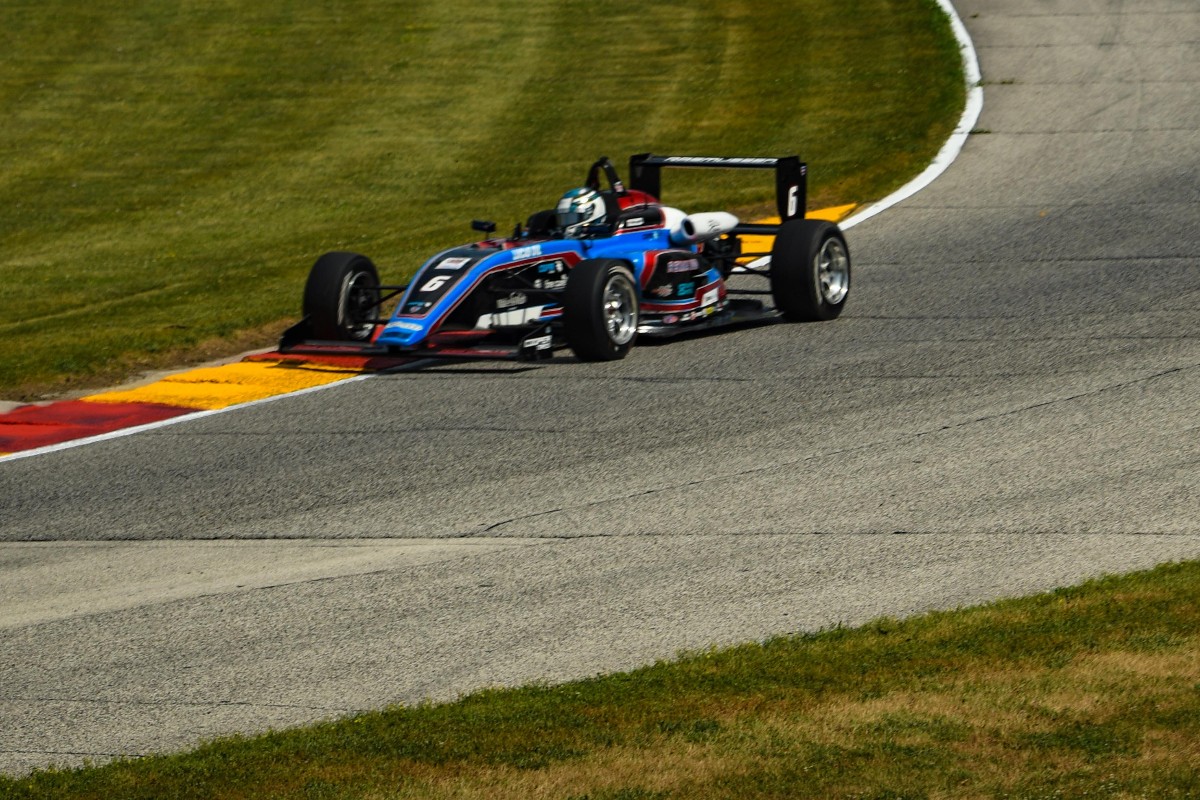 The race was notable for several pace car periods which left minimal green flag running, and meant most overtakes occurred when drivers dropped out of the race.

Exclusive Autosport’s Christian Brooks was in second place at the time, but he lost several places on the first restart.

Cape’s Josh Green moved into second place, and while he couldn’t challenge Rasmussen he was able to hold on to his position through the remaining restarts.

Pabst Racing’s Matt Round-Garrido and Eduardo Barrichello battled over third place in between pace car periods, and Round-Garrido’s grip on the position was lost on the final restart to his team-mate.

Cape’s Michael d’Orlando had a trouble-free run to fifth, while Legacy Autosport’s Cameron Shields came from the back-end of the grid to claim seventh with several canny moves.