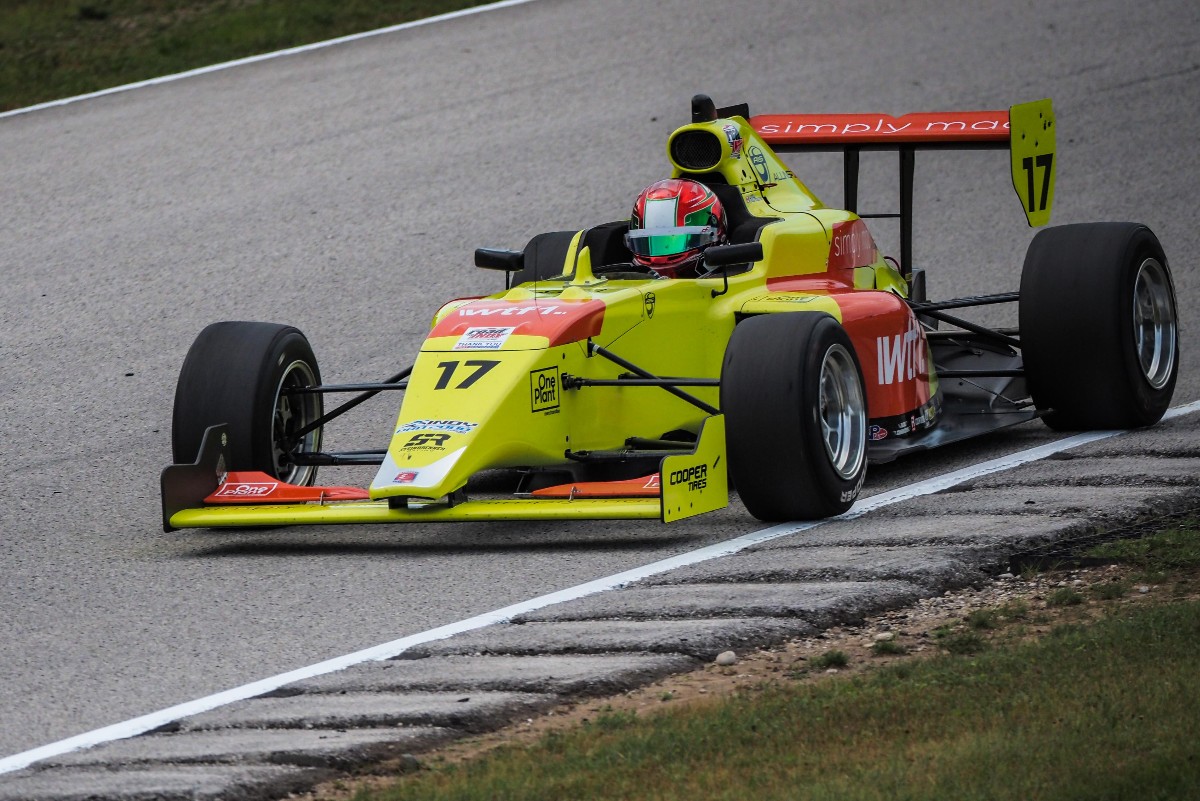 Devlin DeFrancesco and Andretti Steinbrenner Racing will start their first ever Indy Pro 2000 race at Road America from pole after a technical exclusion for a rival.

The 20-minute session was wet to begin with, and drivers took to the track on the wet tyres.

Pabst Racing’s Bob Kaminsky was the first to fall foul of the conditions before anyone set a lap, spinning off at Turn 8.

Once the session got going again, it was Sting Ray Robb’s turn to come to a halt, with the Juncos Racing entrant suffering from a mechanical issue between Turns 5 and 6.

It initially looked like the right call, with McElrea edging Juncos’s Artem Petrov for the top spot and the track only getting better.

At that point, many of the drivers darted into the pits to follow their lead, while Petrov stayed out and improved further.

However, McElrea and Kaminsky continued to bring the benchmark down, proving it was time for dry-weather tyres.

It was Frost with only a few minutes to go who secured the top spot, beating DeFrancesco by a few tenths.

A third and final red flag was brought out with a minute to go, bringing a premature end to the session and ensuring nobody improved.

Afterwards, Frost was removed from the classification due to a non-compliant technical feature, promoting DeFrancesco to pole.