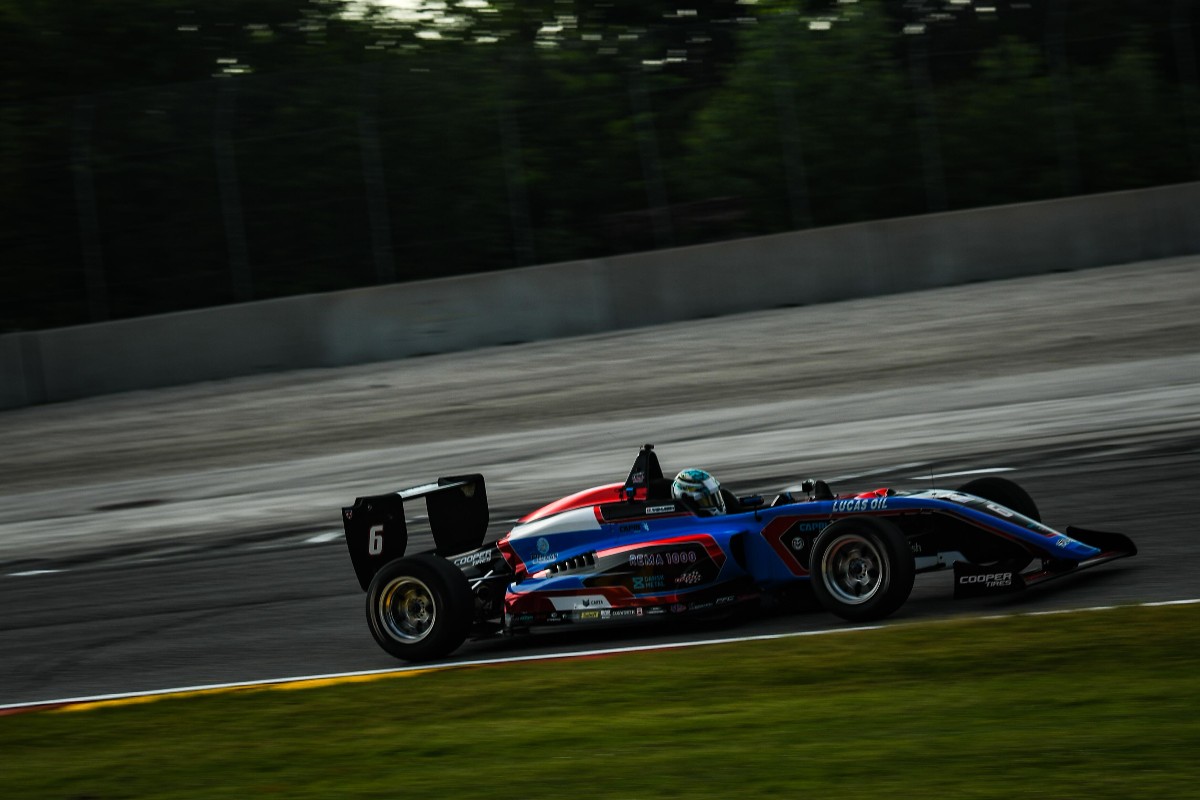 Jay Howard Driver Development’s Christian Rasmussen took a commanding pole position for the USF2000 season opener at Road America by over a second.

Rasmussen was quick out of the box during the damp 20-minute session and quickly asserted himself as a favourite for pole by going two seconds quicker than Pabst Racing’s Matt Round-Garrido with a 2m26.325s, with Round-Garrido holding second for a lengthy period.

There was a red flag called with seven minutes to go after Rasmussen’s JHDD team-mate Wyatt Brichacek went off at Turn 10.

Despite initially not improving, Rasmussen was able to drop his own benchmark down further, eventually setting a 2m25.709 to take pole.

Round-Garrido dropped to fourth in the closing stages, ahead of Pabst team-mate Eduardo Barrichello.