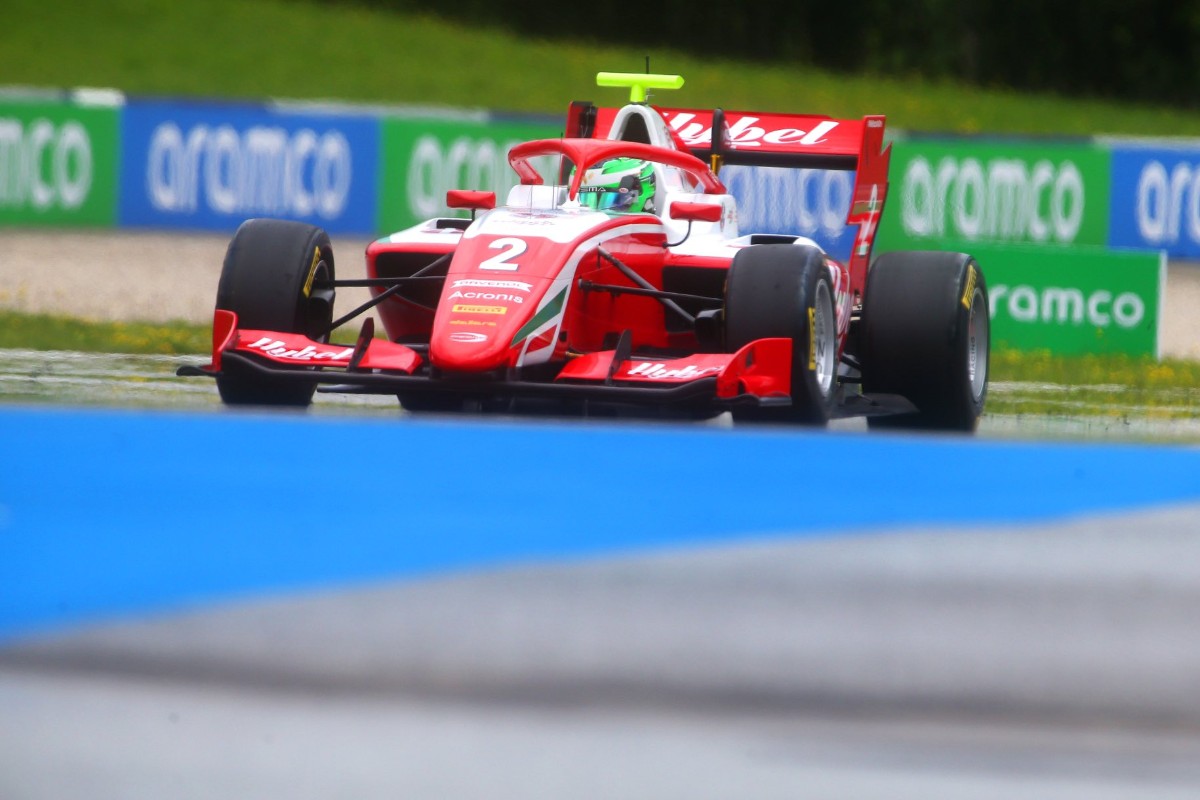 Frederik Vesti claimed his maiden FIA Formula 3 Championship pole position in a stop-start qualifying session for round two at the Red Bull Ring.

Two red flag sessions and problems for two provisional pole-sitters gave Vesti the opportunity to top the times after his previous fastest lap was deleted.

Round one pole-sitter Sebastian Fernandez topped the times early in the session and was still on for provisional pole when a mistake sent the ART driver off track and into the barriers with 17 minutes on the clock.

Once the incident was cleared, Prema’s Logan Sargeant and Vesti both improved on Fernandez’s lap time, but Vesti’s faster time was disallowed after he exceeded track limits at the end of the lap.

Before most of the field could set another quick lap, the red flags were brought out again when Igor Fraga came to a stop on the start-finish straight with five minutes remaining.

With lap times improving throughout the session, almost every driver opted to head back out when the green flag returned, but a technical problem for Sargeant kept him in the pits.

Though most of the field found improvements, only two could better Sargeant’s 1m20.570s lap.

Vesti jumped up to pole with his final lap of the session, setting a 1m20.378s to go just 0.2 quicker than Sargeant. David Beckmann joined him on the front row of the grid, demoting Sargeant to third.

Alex Peroni was the last man on track but couldn’t find improvements on his final lap and had to settle for seventh ahead of Olli Caldwell, Fernandez and Liam Lawson.